Home Gaming Evolve will support P2P as well as servers 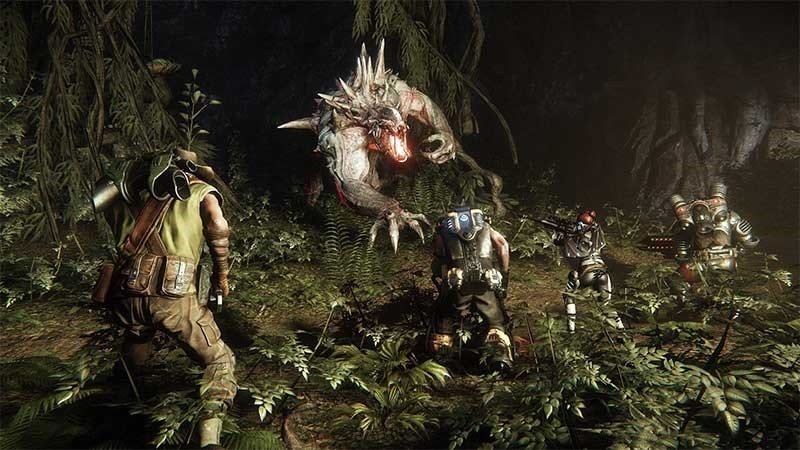 Evolve’s great big pre-launch beta has kicked off on the Xbox One. While we anxiously wait for our downloads to complete so we can get in on the beta this weekend, reports coming in have been mixed. Those playing close to the game’s servers are mostly having a pretty good time, while those a little further seem to be having more than a few connection issues, matchmaking problems and long waits to get in to lobbies. This sort of thing doesn’t usually bode well for local players. Usually, it means that we have to deal with lag compensation, high latencies to servers and as a result, a diminished experience. Here’s some good news.

While the current beta code doesn’t provision for the sort of peer-to-peer networking we’ve dealt with as console players for ages now, the final game will indeed allow players to host their own games. That means that provided your host has a decent line, you’ll be able to play local games, with local players and have them run like butter.

“Evolve will have peer to peer at launch but this feature is disabled in the Beta while we’re testing the servers,” a 2K rep told us.

It means you shouldn’t be too disheartened if you’ve managed to bypass the geographical restriction to secure access to  the current beta (or the impending PC and PS4 technical tests) and have a sub-par experience because your connection to the servers isn’t as good as it ought to be. Unlike games like Gears of War, any host advantages shouldn’t make too much of a difference. While it’s not as elegant or effective a solution as having locally hosted dedicated servers, it does mean that the game will function properly for most of us – which is better than it not appearing on shelves at all.

As for the other big connectivity option? Yes, we’re trying to find out from 2K if the game will support LAN play. It’s a game that would be perfectly suited to the environment, so it’s something I certainly hope happens.