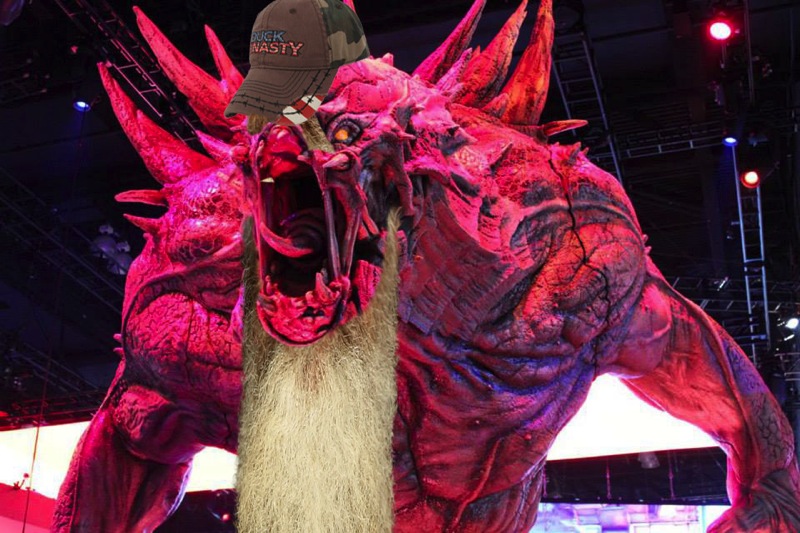 I love a good beard story. I’m convinced that part of why I love gaming is the vast amounts of beards in the industry. I thought the Turtle Rock bunch were just your typical bearded developers, but apparently there’s more of a story to the facial hair.

I already told you that Evolve has gone Gold and released their intro cinematic. However, it also marked the end of something other than development, it’s the end of the “No Shave til Ship” pledge.

For those of you not familiar with it, many of us at TRS promised to not shave our beards (for those capable of growing them) or to not cut our hair (for those beardless few) until we passed cert. For each inch of beard grown or hair cut, we promised to donate $50 to Child’s Play charity.

With certification complete, it was time to measure the hair. The 33 participating men grew a total of 159.5 inches of beard hair while the 10 Turtle Rock Studios ladies who participated grew 71 inches of hair. All tallied up, the hair raised $11 375 for Child’s Play; a donation that is being matched by 2K. That’s right, not only has Evolve gone Gold, it’s also led to a donation of $22 750 to charity.

Of course, it’s pointless to talk about epic beards without a picture. Turtle Rock tweeted out this epic picture. 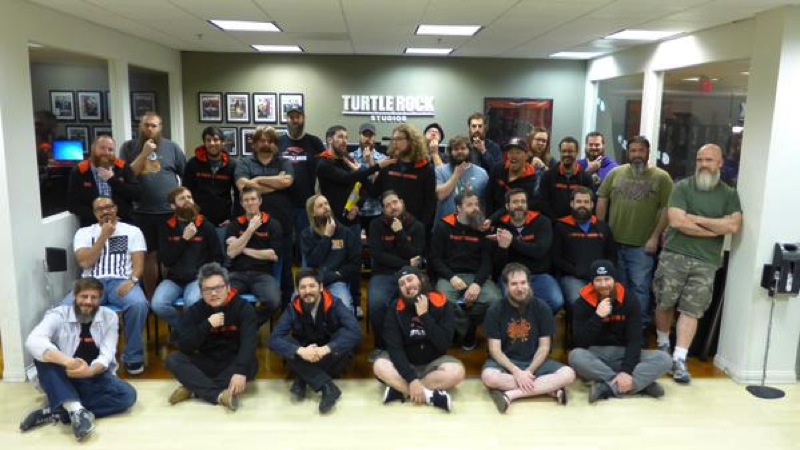