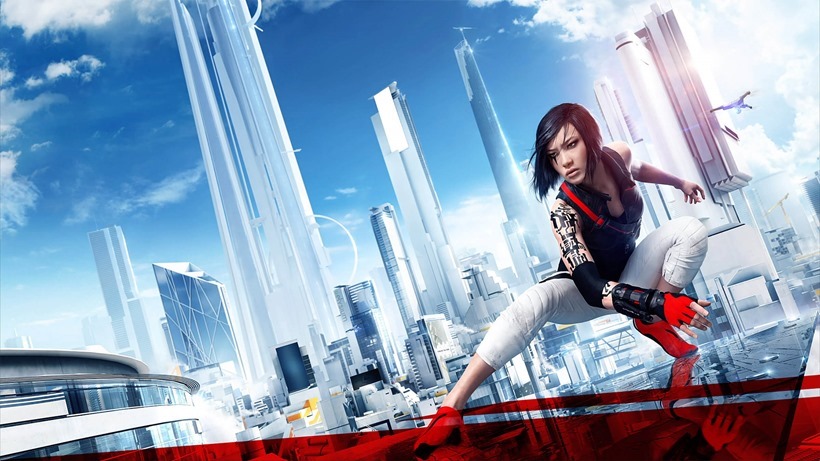 The first Mirror’s Edge entry was a truly polarising one. It was a game that people either loved or despised, with the free-running antics of Faith not always gelling well with the tools you were given to control her. It is, however, almost universally agreed upon that the game’s tale had major pitfalls – with Faith and co. feeling like vapid, lifeless characters that were just going through the motions. A facet of the series that Catalyst is hitting head on.

Faith was designed as a blank slate in the first Mirror’s Edge – a character that players could immediately imprint on without having to draw on her background. That gave you some agency when zipping around the flat, vibrantly coloured world, but made for a boring protagonist in an even less interesting narrative. According to Catalyst narrative director Christofer Ermgard, the reboot is going in a completely different direction.

“People who have played the first game will recognize some elements, but for Catalyst, the city is new, Faith herself is similar-ish, but we never really delved too much into her in the first game. Her personality now is more fleshed out. The game is about her personal journey, I would say. Of course there’s this big plot about getting involved against oppression and all that stuff, but the more important story is her journey, who she becomes and where she starts out and what happens along the way to make her into the person that she is.”

That extends to the supporting cast too, which often made the first Mirror’s Edge feel crowded. DICE isn’t wiping the slate clean, but rather giving familiar characters new traits, motivations and personalities instead. You might recognise names, but that doesn’t mean you’ll know who a certain character is anymore.

“We are doing something that is new; it’s different and separate from the first game. You will recognize maybe the names of some characters, but they will be different characters in this one. Sometimes we even have the name and the look, but the character, what they do is still different, so there are some carry-overs in terms of ideas.

…People shouldn’t expect to understand any sort of connection to the first game. This is its own thing.”

And that’s a relief, given that it has been eight years since DICE first introduced Faith and her parkour posse to us on the last generation. Catalyst is a reboot in every sense of the word, with gunplay gone, free-running restrictions a thing of the past and, according to Ermgard, a far more relatable protagonist and setting. The oppressive world Faith is embroiled in mirror’s daily struggles we have in our own – which DICE believe to be a narrative strength.

“I think you see coming of age stories all the time, but I’ve got to say, I haven’t really seen Faith’s type,” Ermgard said of Faith’s story. “She’s not a superhero. I think that in itself is different and she exists in a world that is in many ways similar to and inspired by the one we live in today. Of course, it’s been beautified and taken to the extreme, but I think that combo is something special.”

I tend to agree entirely. Mirror’s Edge has a gorgeous, stylised world that plays on a lot of the big brother, corporate fears that are inescapable in our society today. That was true eight years ago, but it’s even more  prevalent now, making Faith’s new origin tale one that we can become fully invested in. I just hope she and her crew are accepted well in February next year.