Home Gaming Fallout 4 is about freedom, not fancy graphics 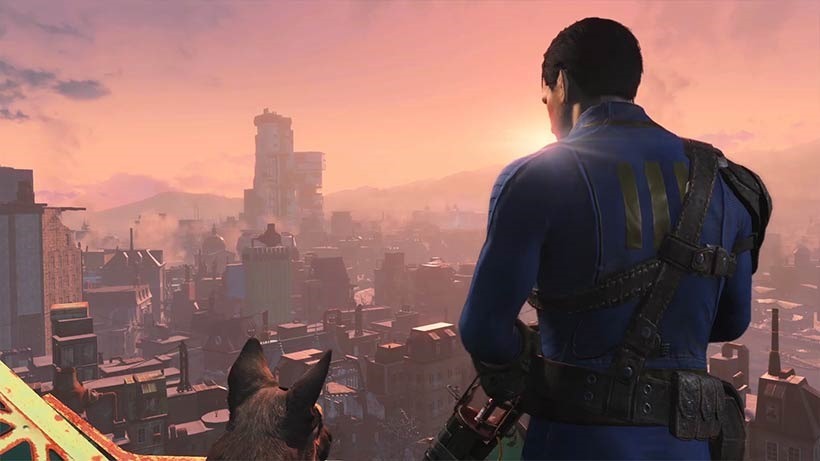 When Fallout 4 was first shown via trailer, a number of angry people on the internet moaned about how graphically underwhelming it all was. “It looks just like Fallout 3, only with some colour!” some angry person inevitably pounded on his keyboard. “That looks like a load of rubbish and should get in the sea,” probably said another.

Here’s the thing though: while it would be possible to turn Fallout 4 in to the bestest looking game evar, it would come at the sacrifice of the game’s real goal: Ultimate freedom. I rather liked the more colourful hue in Fallout 4, and I thought the visuals were quite nice. That’s not what it’s about though, says Bethesda’s Pete Hines, speaking to Gamesradar.

“We push it visually as much as we can, while realising that we are not making a game just for the sake of having it be the best looking game out there,” Bethesda’s Pete Hines said.

Citing the much-beloved Skyrim as an example: “…it’s not meant to be the most stunning RPG ever. That’s not the stated goal,” he explains. “We want this massive interactive world, where you can talk to people, choose your own path and everything in the world has meaning and is an actual object”.

In Elder Scrolls and Fallout games, the things you see in the world physically exist, and it’s all about balancing those things, and their physics calculations, with shiny graphics until you have a great balance.

“We know what it is that we’re trying to do and it’s not just one thing,” says Pete. “It is all of these parts that make a much bigger whole. It’s the interactivity, it is the visuals but the visuals without sacrificing all this other stuff”.

“Everything in the world [is] something tangible – you don’t walk into a room and see lots of stuff and it’s all fake. All the items are actual items,” he says. “You set off a grenade in a room? It’s going to blow shit around and knock it all over the place. You have to spend cycles and stuff tracking where all of that went, and how it’s going to bounce around”.

It creates a bit of interactive freedom, and it’s this freedom that makes it difficult to compare the game with better looking ones, that offer none of the interactivity.

“It does allow for chaos but it also allows somebody to roll a thousand wheels of cheese down a hill in Skyrim. And you laugh, it’s fun,” says Hines. “You have that freedom and you also have a much better sense of place, because everything that you’re touching and picking up is real. These are real books and that’s a real apple. It’s not a picture of an apple that disappears from the world. You can pick it up from here and set it down over here”.

“If you’re going to hold us up to any other game and compare us side by side then it had better be a game that does all the same things,” he says. “If you can deconstruct and reconstruct the world in real time, in the game, and you can pick up every single item and it’s not just a texture then we can talk. Otherwise, well then it’s a bit apples and oranges”.

Fallout 4 is coming to new consoles and PC in November this year. I plan on playing it until 2018 at least. Here’s the most recent bit of footage, showing a bit of exploration.