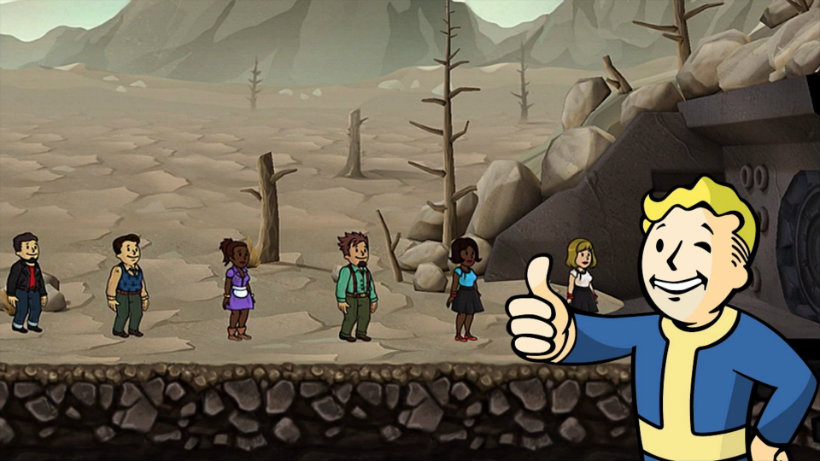 Fallout Shelter is rapidly becoming a must have distraction for every gamer. It was omni-present during E3, and even afterwards I keep hearing about people’s experiences – crashes, resident counts and bizarre observations (why are those miserable looking pregnant women claiming to have full happiness?). Launched on iOS only, the Android universe should be able to build their own shelters soon.

Everyone on Android has been feeling really left out and keeps asking when they will be able to join in the Fallout Shelter fun. Well, it shouldn’t be much longer now:

@kolos_kovacs coming along nice. haven’t announced a date, but should be out next month. we’ll let you know when we have specifics

That’s right, the chilly month of August can be spent indoors, playing on your mobile device of choice (unless you use a Windows phone/tablet). That’s if they release it then, but next month is August and I can’t imagine that it will take much longer than that.

I’m also wondering if we can expect an update to the iOS version of the game. So many people are reporting frequent crashes unless they are using newer devices. Will an Android version be released alongside an optimization roll out? Or is the team too busy working on Fallout 4 to devote much energy to the mobile game? I think it’s so cool to see a mobile game that even hardcore gamers can get obsessed about.

I haven’t opened my Fallout Shelter in ages, while the rest of the team tends to their shelter every day. Are you still playing this, or did you give up after the apocalyptic crashes?