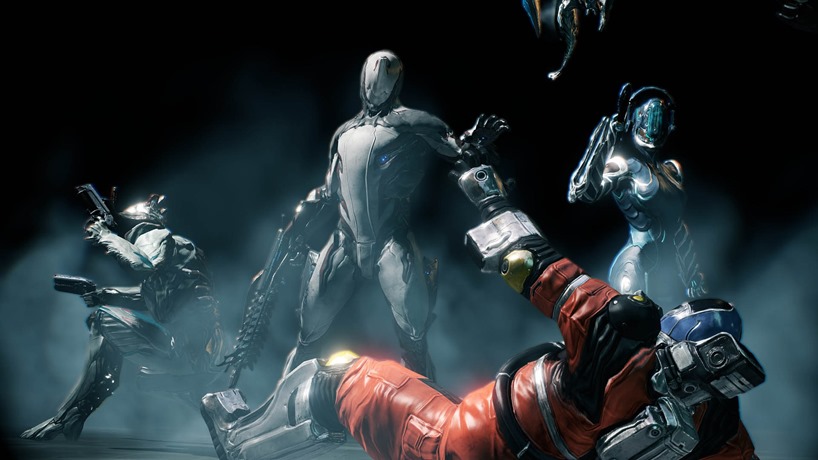 It’s Friday so we’re trying not to take things too seriously. In fact, I’m pretty content to just kick back, lay down and let the rest of the day pass by. By the sound of it, that’s exactly what the security team at Digital Extremes decided to do the day an avid fan snuck into their offices. And, of all things, stole their lunch.

The famed Warframe developers are known to have a studio in London, but like most good developers, chose to keep the exact location secret. One super fan managed to piece together enough evidence to figure out where it was – and then decided to drop in for an unannounced visit. Or just break in to the place, which is a far more accurate account of what actually happened.

“A bit of a back-story: I have been following DE for years now, I knew they were in London, Ontario, Canada but I didnt know where. They have been hiding from us for years, no explanation to as where. I found them. On the corner of [REDACTED] is their office in [REDACTED]. How did I find it? Well if you go high enough there is a Tenno statue! You can clearly see it and where they used to do dev streams from the window. The doors are all opened by fingerprints, pretty cool haha. But I just followed some tattooed dude into the door after he unlocked it. He didnt even ask me any questions. I had my Doctor Who shirt on and I tried my best to blend in.

No one asked me if I worked there, I just sat in the chairs and moved around every now and then. at 12:01pm the lunch lady says that food is ready over the overcom and I join up the line. Theres a bunch of plates stacked and then you just grab the food buffet style. I sat down and enjoyed my free lunch and started talking to some people. They told me they were working on a new game called Keystone. They said it was a FPS with cards (like magic the gathering style perhaps) but didnt explain that much about it. The QA room has funko figures and stuffed animals everywhere. There were also a lot of ps4 and xbox one sitting around unattended. There were no security guards and no one asked me who I was. They just assumed I belonged there and told me about their secret game. at 6pm people started leaving so I just followed them out and the one guy said “See you tomorrow” so I agreed.

So not only did this unnamed felon sneak in, but he managed to leak an entirely new project and steal a free lunch. I’m pretty sure Digital Extremes are just glad he didn’t walk out with a debugged console with valuable information on it – because it certainly sounds like that would’ve been easy enough.

Since the leak went up online, Digital Extremes have been rather relaxed about the entire incident – but made it very clear that this isn’t something they’ll accept ever again. It is, of course, illegal behaviour.

“We employ over two hundred passionate gamers committed to delivering kickass games like Warframe and Sword Coast Legends and while we’re flattered someone would want to spend the day with all of us, please respect our privacy and know that, like any business would, we completely discourage any and all unlawful attempts to enter our Relay.

We love our Tenno, but let’s be respectful and law-abiding. Trespassing is never OK.”

So at the very least we know that Digital Extremes is working on a First-Person Shooter/ Card Collecting hybrid (which actually sounds extremely interesting) and that they’re probably going to beef up security tenfold in the coming weeks. It’s fine to love a game and a studio, but I think most people understand that you can’t just walk through their front door at will and pop in for a visit.

And if that concept sounds a bit foreign, please don’t try it. This guy got extremely lucky while screwing with Digital Extreme’s plans a bit. On any other day, he could’ve left in handcuffs.