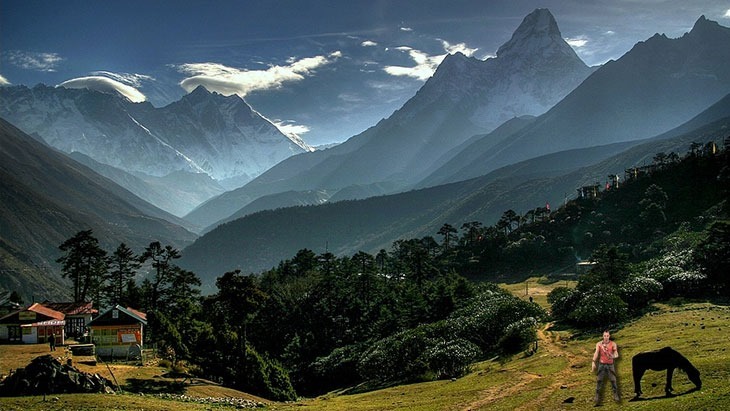 As we approach this year’s E3, rumours of new games to be announced there abound. Once such game that we’re likely to see shown off in Los Angeles this June is Ubisoft’s Far Cry 4. Previously, we’d heard it was going to be set in the Himalayas – and that appears to be the case, according to Eurogamer’s sources.

They say they’re able to confirm that the game is indeed set in the Himalayas  – a setting that has some a little worried after the sprawling jungles of Far Cry 3. Thing is, The Himalayas aren’t just a series of snow-capped mountains.

Stretching from Pakistan through Afghanistan to Nepal to Bhutan the mountain range is home to a diverse climate – and a wide range of animals to skin and make handy new gear out of, including snow leopards, sheep, musk deer, tigers, wild boar, crocodiles and elephants – the latter of which you’ll apparently be able to ride – like Hannibal crossing the Alps.

The gameplay, they say, will remain very much like the sort of stuff you saw in 3, hopefully with a better, less bro-tastic protagonist. Maybe we’ll even, refreshingly, have a playable, kick-ass woman in the lead, though certain industry attitudes maintain that would be commercial suicide.  A certain, redesigned leading lady with a bow and arrow’s certainly shown that strong female leads in games can still be successful.

The biggest question mark hanging over the game though is whether or not Ubisoft can create as frighteningly psychotic a villain as Vaas, so perfectly played by Michael Mando in the Far Cry 3.

The game’s apparently still quite a way off, and we’ll only be able to play it in 2015, though we’ll be getting our first look at this year’s E3.  Hopefully Ubisoft ditches the old consoles for this, so we can have an open world adventure that isn’t held back by decade-old hardware.