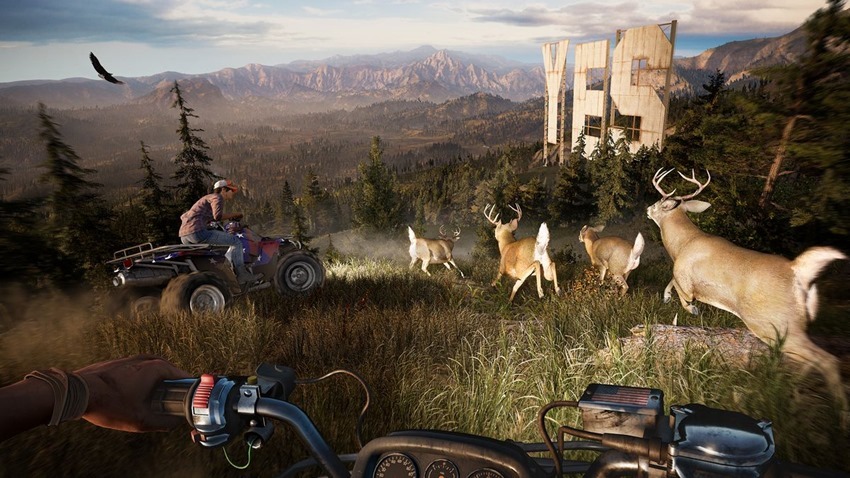 For a long time, I’ve been down on Far Cry 5. “It’s just more of the same,” I’d mutter to myself under my breath whenever anybody on our team showed any interest in the game (Darryn’s note: Hello!). I’ve played and loved all of the previous ones (yes, even Far Cry Primal) and adored all of them, but I’ve just been burned out on the formula and open world games in general.

Joseph Seed made a believer out of me. 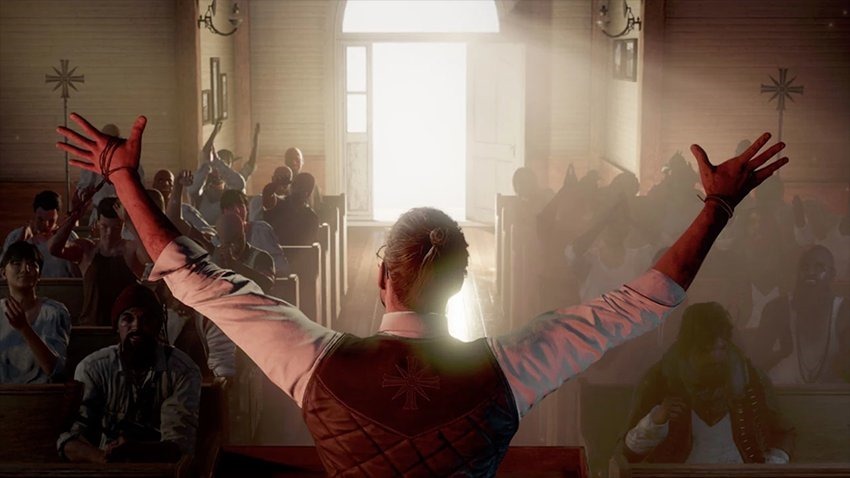 Far Cry as we know it has always hinged on strong villains, and in Joseph Seed and the rest of his family, we may have the series’ strongest, most charismatic and engaging bunch of bad guys yet. Good villains never believe that they’re the malefactors. They’re the heroes in their own stories – fighting what they believe are injustices or great evils. Looking like a less dishevelled take on Branch Davidian cult leader David Koresh, Seed is convinced that he was chosen by God to herald the end of the world, and protect the followers of his own religious cult, the Project at Eden’s Gate. His introduction in the game (which I was unfortunately not allowed to capture) is pitch perfect.

The Seed family’s introduction is superb. You play as a young and inexperienced deputy. Sitting inside a helicopter bound to the Project at Eden’s Gate compound, you’re joined by a US Marshall and a local county sheriff to arrest Seed, who’s known to his flock of brainwashed denizens as “The Father.” The reluctant Sheriff is hesitant to storm the compound, while the Marshall wants to wave his badge around and show that the law still means something in Hope County. 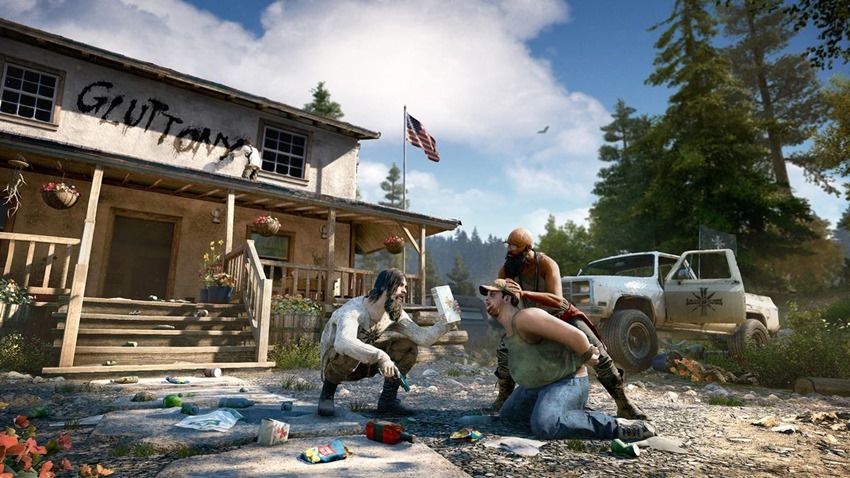 There’s a palpable sense of dread and foreboding in the night as the chopper touches down inside the compound. Seed’s legion of followers are on a knife edge, with the Damoclean threat of imminent violence hanging in the air. The cultists follow the procession towards the church, armed with rifles and nail-bats, while dogs bark and chain fences rattle, offering a bit of prescience of the impending clatter and clack of machine gun fire that’s soon to come.

Inside the Church, Seed is offering his followers a sermon, calling out against the sin and evil that’s taken hold of the nation. It calls to mind the very real resurgence of religious fundamentalism that bombards us on the news and on social media, but Ubisoft is quick to remove any of the associated white nationalism. People of colour make up Seed’s congregation, and they’re as keen to risk their lives for The Father as his paler adherents. Seed brushes them aside and offers no resistance though. He puts his arms out in front of his lean and lanky, tattooed body, offering them up to be handcuffed. “God will not let you take me,” he says, sure in the knowledge that he won’t be leaving the safety and sanctity of Hope County anytime soon. He is, of course, right. 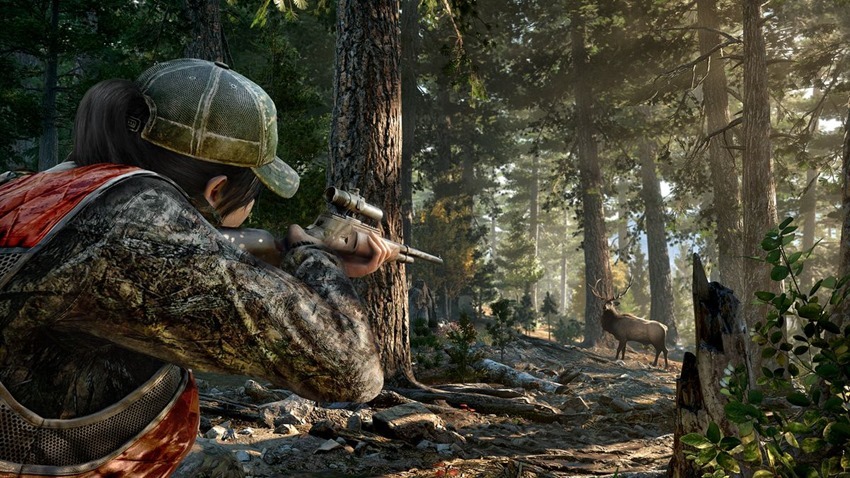 Soon after that you find yourself alone in the Montana wilderness, hopelessly caught in a secluded, fenced-off valley from which there is no escape. The communication networks are down, and there’s an entire army of gun-toting hillbillies out for your blood. Sounds just like Far Cry then, only you’re shooting at predominantly white people, which makes a refreshing change from the usual jingoistic fare that recalls T-shirt slogans paraphrasing Full Metal Jacket: “Travel to exotic places. Meet new people. Then kill them.”

Of course it’s up to you to free the county of the stranglehold that the Project at Eden’s Gate” cult (unaffectionately known as Peggies) has on the area, with the help of those yet to be enraptured by Seed’s promises of redemption. You’ll do that by performing a few Far Cry staples; claiming outposts, liberating citizens and completing missions given to you by a handful of endearing, often unhinged rednecks. The mission structure in general seems to have been given an overhaul, and you always feel like you’re working your way towards something. There’s a little less of the overwhelming bloat that usually punctuates these games. In fact, there’s not even a mini-map on by default, letting you explore freely without the need for obsessively checking in at areas of interest. 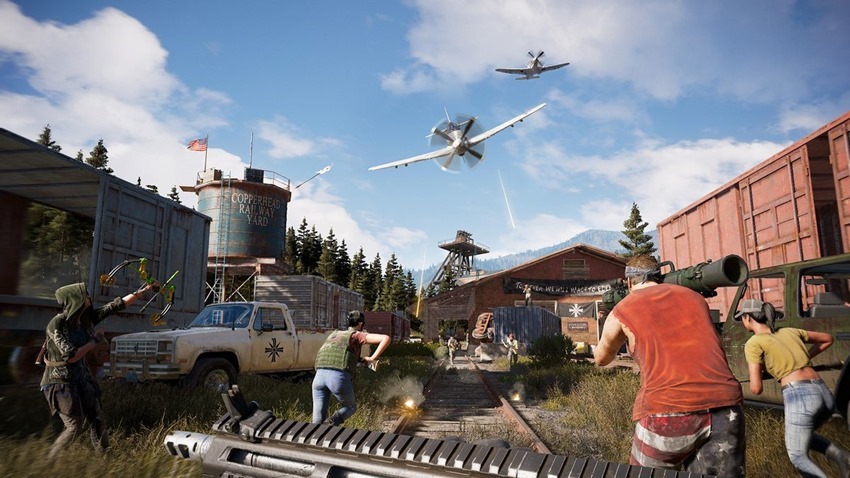 It does everything you expect from a Far Cry 5 game, but it just does everything that little bit better. The guns feel better, stealth is more effective, the vehicles feel more useful and it just looks incredible.

While Far Cry 5 does hew closely to Far Cry’s established formula, it’s not afraid of taking jabs at its own history and its sense of familiarity. “Don’t worry,” says one NPC as he makes you scale a radio tower, “I’m not going to have you climb these things all over the county.”

And thank The Father for that.