Home Gaming FFD: Has a game ever made you feel like a bad person? 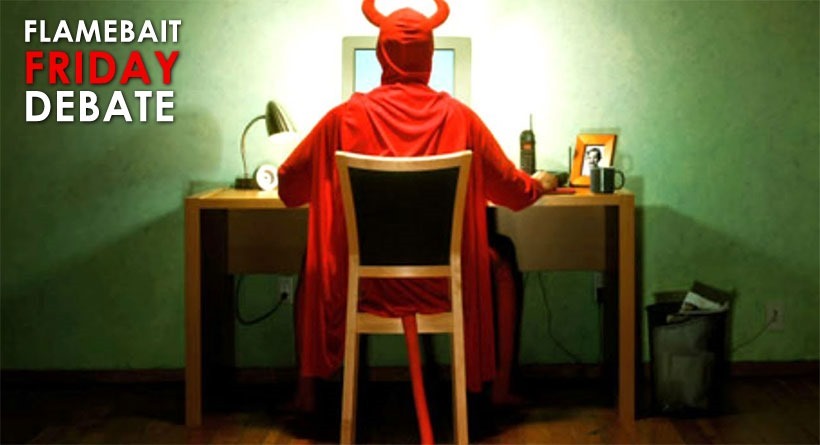 Sometimes, we end up doing things we don’t want to – like being nice to Darryn (it was an accident, and it only happened once). And sometimes, games make you do things that make you feel uneasy, or that you feel is morally questionable.

It’s not really been a problem for me. Whenever games offer some sort of clear moral choice, I’m inevitably on the side of lawful good – but it’s where the choices are a little greyer than black-and-white, or when they’re forced on you that things can take a turn for the uncomfortable.

An obvious one then, is that scene in Spec Ops: The Line, where you start to realise that you may, in fact, be a bit of a monster – but it’s something that also happened to me in GTA IV. That game was dark and gritty, and at the time, oddly realistic..and when I had to shoot an old lady in the head with a sniper rifle, I felt a little queasy. It’s something that oddly didn’t happen in GTA V much, thanks to its brighter colours and cartoonier (Totally a word!) violence, though that torture scene wasn’t pleasant.

I almost, almost felt bad with the wholesale slaughtering of wildlife in games like Far Cry and Read Dead Redemption too – but hey, poppa needed a new wallet, so skinning four highly endangered digital animals was a necessary evil.

It’s irrational, I suppose, because games are digital entertainment, and aren’t real – but as they inch ever towards realism, I’m finding that they make me feel all out-of-sorts and uncomfortable. But what about you folk? Have you ever played a game and encountered something that made you question you’re your moral fibre? Has a game made you introspective and think “Am I happy to be doing this?”

Or are you like Darryn? A digital monster, who’s happy to kick puppies, eat kittens and burn babies. In video games, of course.