Home Gaming FFD: What games have been given a free pass? 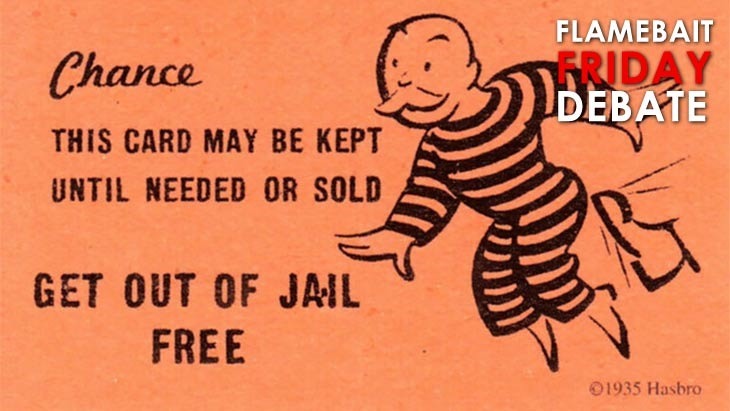 In last week’s FFD, somebody brought up a classic game; Altered Beast. Amongst older gamers, Altered Beast is infamous. It’s highly regarded as an arcade classic and it’s something most of us spent way too many 20c pieces on because we could turn into goddamned werewolves and flying dragons and that is awesome.  Pity the game is actually pretty terrible. I played it relatively recently, and it’s a short, broken, janky mess – yet it’s still almost universally adored. Altered Beast has been given a free pass.

What other games, old and new do you think have similarly been granted exemption from harsh critique? Three instantly come to mind, and interestingly, they were all published by Rockstar. GTA IV was universally lauded, heaped with praise. I still can’t figure it out. The game had bad controls, bad shooting, and bad melee combat. That was capped off with bland and clichéd writing and a pointless story.

Another Rockstar published game that got praise for reasons I can’t fathom is L.A Noire. Yes, it had a decent story and some of the most incredible facial capture we’ve seen in games, but it was one of the most boring games to actually play. Move around until your controller buzzes, turn some item around in your hands, interrogate somebody, repeat.

The last Rockstar one? Max Payne 3. It had sublime shooting, but a hackneyed story, unnerving visual aberrations and just wasn’t in the spirit of Max Payne at all. It was 8 hours of shooting gallery. punctuated with stuff I couldn’t care about.

Another one that was critic proof, and this is controversial stuff, is Skyrim. Though I loved the experience, it’s deemed by many to be overrated. It was critically praised despite being a broken mess upon release, and for many, had all the soul of a ginger kid. Same goes for Uncharted 3. I really feel that game was given a free pass by critics after the excellent Uncharted 2. The first half was pretty good, but by the end of it it was a repetitive and mindless corridor shooter.

That’s enough whinging from me though; what games do you think were given a free pass by the press and gamers themselves? Agree with my examples, or do you think I’m a deluded idiot who should be set on fire and has no place writing about games?