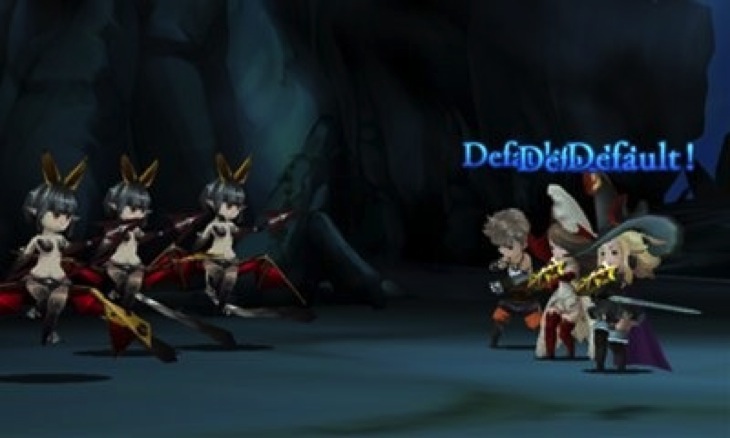 Bravely Default was certainly that – courageously returning to the default approach JRPGs should take. It was a whole bunch of fun and is yet another reason people should have a 3DS. Now, its sales are making Square Enix sit up and listen.

According to Dengeki Online (thanks, VentureBeat) Bravely Default has sold one million units – 400k in Japan with another 600k worldwide; this is about the same as Lightning Returns. Square Enix is looking at this and taking notes on how it might apply to the Final Fantasy franchise:

In the past, when we developed console games with a worldwide premise, and we lost our focus, and not only did [those releases] end up being games that weren’t for the Japanese, but they ended up being incomplete titles that weren’t even fit for a global audience.

Considering the sales issues plaguing the Final Fantasy franchise, it’s no wonder that a sequel to Bravely Default (Bravely Second) is already in the works. Here’s hoping that it also makes Squeenix realize that we want more of the classic JRPGs – they have a standard format that works and gets gamers ridiculously happy. I’m still overly excited to see more of FFXV, although I’m a bit worried that we haven’t seen anything at E3 and probably won’t see anything at Gamescom either. Perhaps the Tokyo Games Show will be the place for more of a reveal, but for JRPG fans the wait feels eternal.

Would you like to see Square Enix return to their roots when it comes to JRPGs? Remember the bad old days when they put out games like Secret of Mana, Secret of Evermore and “real” Final Fantasies? Where do you think Squeenix has gone wrong?