Home Gaming Final Fantasy is coming to the 3DS – And it's a rhythm game? Make no mistake, handheld consoles are a fantastic platform for RPG titles, something that has been taken advantage of. And now the icon of RPG games, Final Fantasy has decided to create a brand new adventure for the 3DS, except its not going to be the usual affair of turn based battles and spell casting. Its going to be a musical experience, by the name of Final Fantasy: Theatrhythm

Taking place throughout the thirteen core Final Fantasy games, players will take part in one of three modes, field, battle and event in which their hyper-cute FF character have to clear a stage. You’ll get to customise your party of four with upgrades, level-ups, although its not certain how these factors influence the gameplay as of this time.

The storyline is centred around the godly incarnations of Chaos and Order, who you may remember from the brilliant PSP fighting game, Dissidia. Apparently the Chaos god has disrupted the space between the two entities, resulting in the music crystal that divides them to become corrupt. Its up to you, as agents of order, to restore the crystal and save the world with your musical and rhythm based skills. With music forming the core of the game, there’s no doubt that some of the more signature FF tunes will be present in the soundtrack. Tracks such as One Winged Angel, Battle at Zanarkand and Clash of the big bridge will play key roles in battle.

So has Square-Enix finally begun to scrape the barrel when it comes to new ideas for the venerable franchise, or is there something more to this future 3DS game? We’ll have to wait and see.

Marvel’s Avengers has been delayed to September 4

The hits sure do keep on coming today, right? Mere minutes after it was announced that Fin… 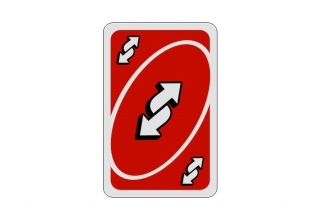 I’m starting to think Nintendo has some of the best lawyers in the videogame business. Earlier today, we told you that they managed to get the German courts to allow them to continue some debatably anti-consumer pre-order practices. They’ve also managed to overturn a $10 million patent suit from a Texas company who claims that Nintendo stole its patents for use in the Wii Remote.