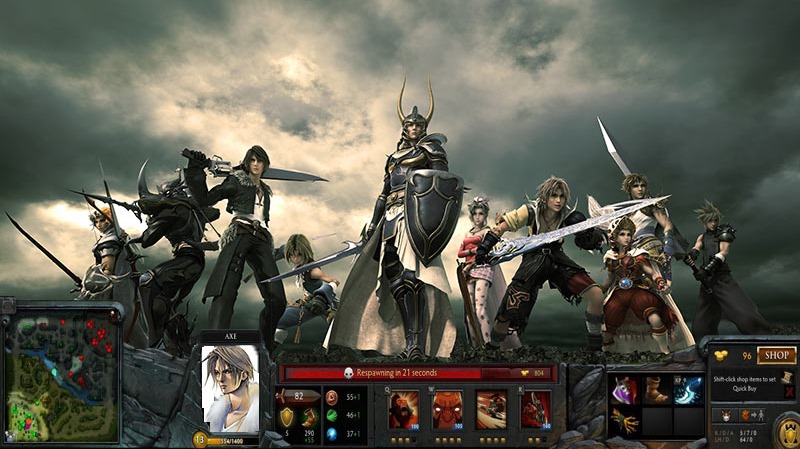 We’ve spoken before about trends in games. Right now, the current fad is something akin to a good ol’ fashioned mob stomping, four on one action. But there’s another trend circling the industry. MOBA games. Well, to be precise, the fact that every developer wants a piece of that lucrative pie. Could Final Fantasy spin a game off in that genre direction?

Speaking to Destructoid, Square Enix producer Hajime Tabata mentioned that he spent quite a bit of time watching League Of Legends and various other MOBA titles on Twitch. Which then led to Tabata remarking that he had plenty of interest in creating an arena game of his own.

“I do have a great amount of interest in creating a MOBA game,” Tabata explained. “But obviously that genre itself isn’t very popular in Japan. So it’s kind of a question as to ‘If we were to do it, how would we approach it?’ – so that it would be picked up by the Japanese audience”.

[MOBAs] include the essence of RPGs in really short amounts of time, short spurts. I think other RPG creators also look at the game in awe. They are amazed about what they are capable of doing in such a short amount of time. I’m really interested in eSports games.”

Of course, those are just Tabata’s feelings on the genre. Which means that a Final Fantasy MOBA isn’t likely to be announced…yet. Square Enix has spun that franchise off into some great new games (Kingdom Hearts, Theatrhythm) as well as some truly terrible ones (Final Fantasy All The Bravest). But a game in a genre using beloved characters where nickel and diming your audience is encouraged?

Someone in the Square Enix shareholders lounge is reading this right now and wondering if his newfound erection is normal.