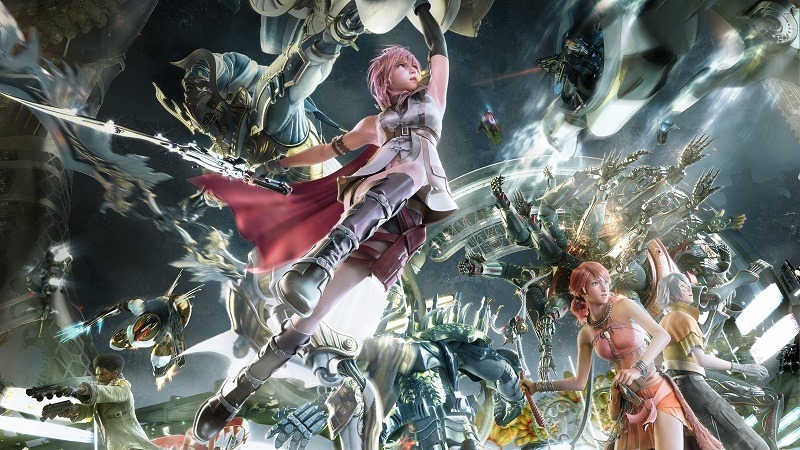 Square Enix really seem to be in love with the Master Race lately. Just yesterday I told you that Final Fantasy IV arrived on Steam, reaching a new audience who (somehow) may not have had a chance to play that particular story yet. Well, don’t let me stop the train from rolling. The much more recent series, Final Fantasy XIII (the full trilogy), will be landing on Steam soon too.

Only the first part of the trilogy has had details confirmed for now. The announcement was made on the Square Enix site (via Joystiq)

The game will be available to download via the Square Enix online store and the Steam™ PC digital service (amongst others), priced at $15.99. The game is available to pre-order now, with those pre-ordering the Steam version receiving 10% off. FINAL FANTASY XIII trilogy will also offer a set of Steam Trading Cards for players to collect and exchange.

Hang on just one second here Square. You’re offering the first part of XIII at $15.99, which is the exact same price as IV? How does that even make sense? I expected it to be much more expensive, and Square don’t usually shy away from charging premium prices. While XIII was one of my least favourites of the entire franchise (I haven’t even finished it), that really is a decent price. You can knock it down even further if you pre-order the game.

Here’s the very first reveal trailer it had (which was surprisingly difficult to find), as well as what you can expect (via Steam)

DO YOU HAVE THE COURAGE TO FACE YOUR DESTINY?

As a deepening crisis threatens to plunge the floating world of Cocoon into chaos, a band of unsuspecting strangers find themselves branded enemies of the state. With the panicking population baying for their blood, and the military all too happy to oblige, they have no choice but to run for their lives. Join them on a desperate quest to challenge the forces controlling their fate, and prevent untold destruction.

Featuring an unforgettable storyline, a battle system blending action and strategy, cutting-edge visuals and awe-inspiring cinematic sequences, FINAL FANTASY® XIII delivers the next step in the evolution of gaming

The game may have been lacking in some ways and had some annoyances (STFU HOPE AND VANILLE), but I can’t deny that it was visually beautiful (those cinematics were amazeballs) and it had its moments. I think I need to go back and finally finish it one of these days so I can at least have some kind of closure.

The first part of the trilogy will arrive on October the 9th. Will you be adding it to your Steam library?