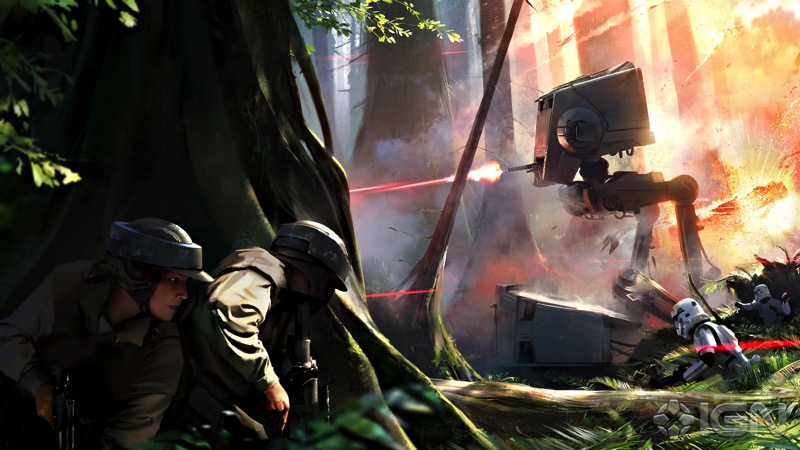 It feels like an eternity since EA and DICE revealed that they were working on a brand new Star Wars: Battlefront title. Considering this is probably the most requested sequel from Star Wars fans everywhere, the wait has been excruciating to say the least. But that’s all coming to an end in less than a month!

EA has confirmed that their presence at the Star Wars Celebration Expo next month is to debut Battlefront gameplay for the very first time. Up until now little more than concept art and test footage has been shown, so we don’t actually know what this new era of Battlefront has in store for us. EA thinks that the annual expo is the perfect place for this special occasion.

“We’re thrilled to share that Star Wars Battlefront will be taking part in Star Wars Celebration next month in Anaheim, CA from April 16-19. We could not think of a better or more appropriate place to debut the game officially for the first time than the premier event that celebrates the Star Wars universe and the legions of fans who have fallen in love with it.”

While the game hasn’t been shown off publicly, it was demoed for the first time at a closed door event earlier this month. Attendees are said to have given the short glimpse a standing ovation, setting the stakes high for the reveal in April. Personally, some traditional Battlefront warfare with greater control over classic vehicles and weaponary is all I’m asking for.

EA also reiterated that the game would be launching at the end of this year (although I still highly doubt that), and confirmed that it will be a current-gen exclusive.

@KyleHackley Star Wars Battlefront will be available holiday 2015, on Xbox One, PlayStation 4 and PC.

For now, we’ll just have to wait.