Home Features Five big changes (and an adorable one!) that Assassin’s Creed Valhalla is making to its sandbox

Another year, another Assassin’s Creed…right? Not exactly. Ubisoft’s premier sandbox for ancient mysteries, bridging the generations and just plain fun action has had a more staggered release over the last few years, and the current saga is coming to an end on current-gen machines while also making a debut on next-gen consoles. 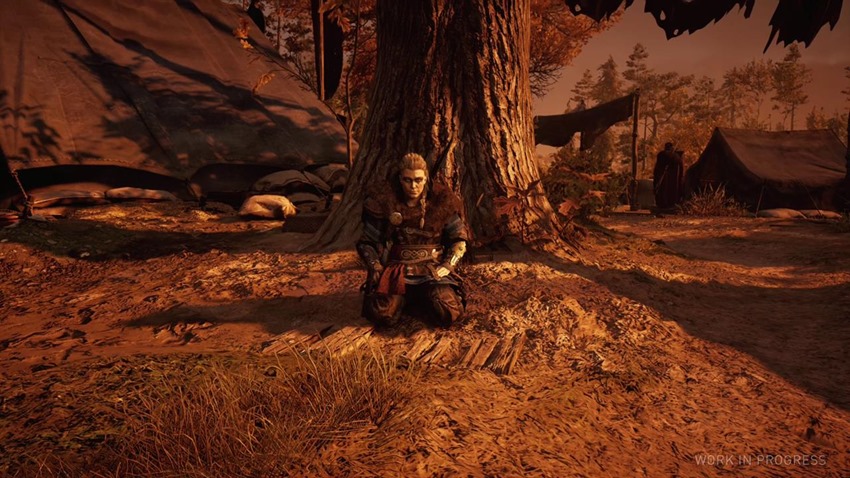 Swapping the Xiphos for a trusty axe and a shield with which to batter opponents, Assassin’s Creed Valhalla may look like a prettier version of the Origins and Odyssey games that preceded it, but under the hood there are a wealth of mechanical changes that tie into the Viking them of the latest game in the series. Changes both big and small will be felt throughout the adventure, but here’s a quick round-up on six of the biggest that you’ll experience.

Home away from home

You’re not just an invader in Assassin’s Creed Valhalla, you’re also a settler. Stuck in a strange new land, Eivor’s primary quest is to establish a new home and way of life, and they’re not alone in their journey. Joined by fellow countrymen, Eivor is able to build a hub that provides everything they need, from gears to resources. It’s a more centralised solution to scouting dozens of ancient towns and cities for items, as Eivor’s actions will feed back into this settlement and improve on it with looted gold and supplies.

It’s similar to what Assassin’s Creed 3 attempted to do almost a decade ago, but more refined and streamlined than ever before as you create a hub that starts from humble beginnings and eventually becomes a might beachhead from which to plan your next adventure.

A bunch of Anglo-Saxons have spotted you, there’s nowhere to run to and the shadows won’t hide you this time. Basically, it’s time to FIGHT! Eivor’s a more brutal warrior than Kassandra, and they’ll rush headling into a fight and batter anyone in their way, but the trick here is to keep stock of the two bars above the head of each enemy: Their regular ol’ health bar and the new stun bar on the top. Hack ‘n slash your way into an enemy, and they’ll die just like everyone else you’ve murdered by the thousands.

Focus on their stun bar, and once it has been depleted you can unleash a devastating finishing move that kills them right on the spot. Of course some enemies are more susceptible to attacks that focus on their stun bars, others can defend better against your axe, and it’ll be up to you to adjust on the fly when facing an entire mob of Britons who are out for revenge and your head.

Surveillance is going to require more work from you

If you played Assassin’s Creed Odyssey like I did, which was primarily in sneaky bastard mode, you probably used the same tactics for preparation as well: You summoned Kassandra’s eagle, marked all the enemies on the zone that you wanted to invade and worked your way through the lot of them with confident awareness of who was around you.

Eivor uses a raven as their signature familiar, and while you can scout enemy camps for points of interest and loot, you’ll need to infiltrate the area yourself and use Odin-Vision (Valhalla’s take on Eagle Vision), to mark enemies in your immediate surroundings. That means that stealth is back in fashion, which ties into the next big point…

Hidden blade instakills are back

Indeed they are! The iconic weapon of the assassins makes a triumphant return, ready to be stabbed into the fleshy bits of a poor sap who has no idea that murder is in the air. While you’ll be able to instantly wipe out regular grunts with the hidden blade, some tougher enemies can shrug off the attack and fight back.

With Eivor’s bow equipped as well, Assassin’s Creed Valhalla is making a concerted effort to bring back stealth elements to the series that were largely discarded in favour of a ballsier approach to infiltration that revolved around there being no witnesses to your actions because you’d killed them all.

Traditional sidequests have been reworked entirely

It used to be that you’d wander into a town, find a gathering of townsfolk who had problems that could only be solved by some fresh-faced ruffian with a good sword arm and within ten minutes you’d have roughly 733 quests added to your to-do list. That unwieldy system is changing in Valhalla, as Eivor’s ability to synchronise the surrounding area will be blended into a more organic method for getting started on a side-quest. Once you’re perched on a vantage point, you can see activities in the distance and make a beeline for them, each marker of light telling you exactly what you can expect.

Some of these points of interest will be for quick pilfering, others will lead to greater rewards locked behind more dangerous challenges. Blue dots in particular lead to world events that vary in scope and size. Maybe they’re boss fights against Britain’s nastiest creatures, perhaps they’re puzzles that lead to nifty gear upgrades, and sometimes you’re being led to a field with magical mushrooms that will have you tripping balls. The possibilities, are endless…ly weird.

Seriously, that’s a fantastic cat right there and I wish I could adopt the dude. Plus there are also heckin’ good doggos, so we’ve already got the game of the year right here. Assassin’s Creed Valhalla plugs back into the PS4, PS5, PC, Xbox One, Xbox Series X, and Series S animus on 10 November.