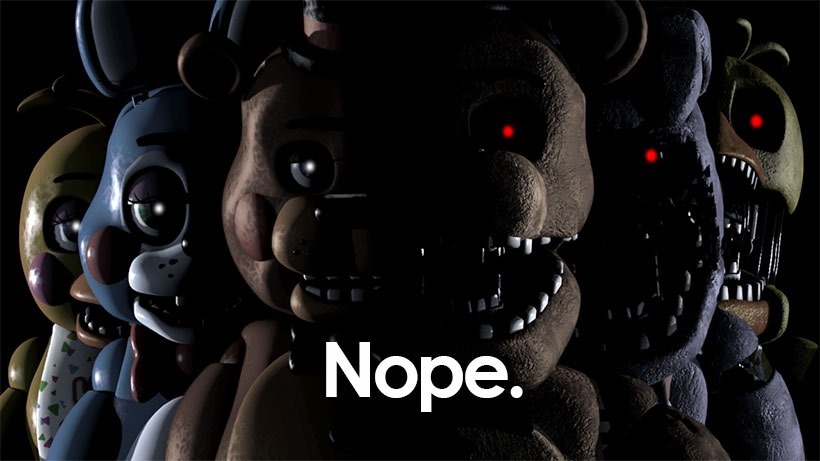 Especially with all the hate that’s been directed at him because of his successes. In an open letter to fans and the FNAF community on Steam has said that the hate’s all a bit misdirected.

“It’s true that there has been a lot of hate toward me lately; on the forums, on youtube, etc. And I’ll be honest, it’s difficult. It’s difficult when people seem to dislike you only because you’ve found success with something. I think some people have this idea that I spend my days swimming in gold coins like Scrooge McDuck, cranking out games with no effort, then laughing all the way to the bank. The reality is quite different, and I think that people who hate on me for being successful are misguided.”

Cawthorn says that just last year, he was working a dead-end job, and is very appreciative of the success that Five Nights at Freddy’s (and its plethora of sequels) have generated.

“Did you know that last year I was working at Dollar General? I worked as a cashier. I had three bosses who were all still in high school,” he says. “Before that I worked at Target in the backroom freezer, unloading frozen foods. I haven’t had a successful life; and now that God has blessed me with some success, I’m doing my best to be responsible with that success. I don’t party on weekends, I don’t get drunk or sip martinis. I spend my evenings playing Megaman 3, buster only, with my kids. And I try to do good with what’s been given to me.”

He knows that the games he makes are far from being perfect, but that not the important thing here.

“But something more important that I want to convey to all of you, is that you should never listen to people who criticize success simply because it’s success.

“Being good at something is something to strive for, not something to demonize. Criticisms of my games are fine, and a lot of times the criticism is valid. But there are a lot of people out there who will hate anything that becomes popular, just because it’s popular, and hate anyone who becomes successful, just because they are successful. “Haters gonna hate.” –as they say, but I want you to know that focusing on someone else’s failure or success is the wrong way to live.”

“Don’t fall into the pit of people who have given up on making something of themselves, and make sure you make EVERYTHING out of yourself.”

And that’s the sort of attitude towards things I can dig.

Everything announced during last night’s PlayStation State of Play