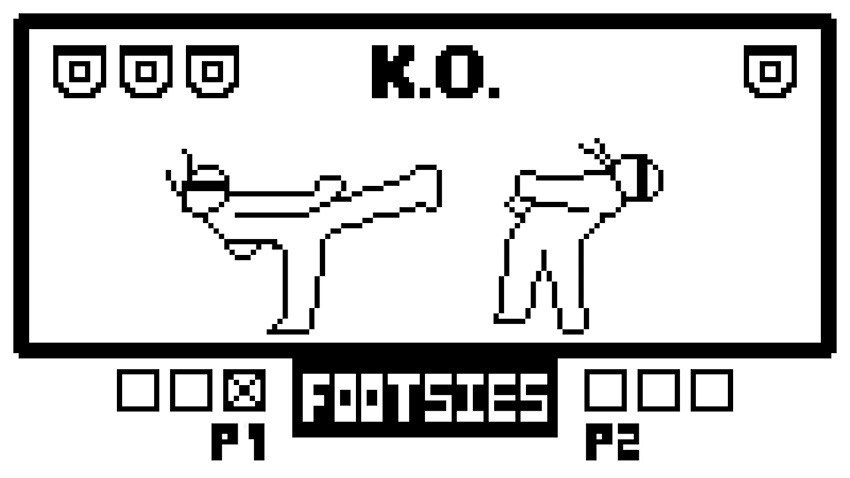 Getting into 2D fighting games is tough, especially if you’re trying to learn to play them properly. While most people would be happy to button-mash their way through a game (and there’s nothing wrong with that!), learning the intricacies of fighting game fundamentals is tricky. Playing fighting games, even at a beginner competitive level, is daunting because there’s so much to learn. It’s a bit like really, really, really fast-paced chess that requires lightning fast-reflexes and decision-making.

One of the most important aspects of the genre is “footsies.” If you’ve watched a competitive fighting game and wondered 3why people seem to just be walking backwards and forwards dishing out single attacks with no aim, it’s because they’re sizing their opponents up, trying to get them to err while hitting them with attacks from a safe, unpunishable range. It’s all about controlling the flow of the game, while baiting them to make a mistake that can be punished with an attack or a combo. Fighting game fan HiFight who regularly shares great FG moments on Twitter has developed a simple, 2D fighting game that focuses on this important aspect.

“FOOTSIES is a 2D fighting game where players can control character movement horizontally and use one attack button to perform normal and special moves to defeat their opponent. While the controls (and graphics) are super simple, FOOTSIES retains the fundamental feeling of fighting game genre where spacing, hit confirm and whiff punish are keys to achieve victory.”

It’s a simple game with a very basic sprite based on Street Fighter’s Ryu that is all about footsies, whiffs and punishment – and is perfect for fledgling fighting game fans who want to get to grips with the fundamentals. It supports 1 player vs CPU and 2P local games. By pressing F12, you can even see frame information, along with hitboxes and hurtboxes. It’s simple stuff…but it’s actually pretty damned brilliant in execution.

It’s free, and can run on a potato – so you can get some FG practice in while you’re at work. Grab it here.