Home Comics & Toys Forget the Dark Knight, this Batman is the Tomorrow Knight! 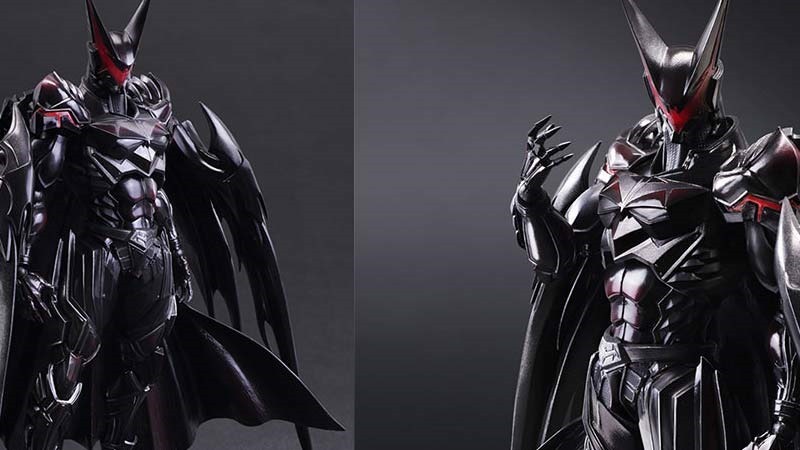 There’s a Batman out there for every generation. For your dad, that may be Adam West. For others, it might be the rugged square-jawed version who set our TV screens ablaze with animated antics. For me, its always going to be Michael Keaton’s stealthy but firm approach to portrayal of the caped crusader. But I might change my mind soon, for this awesomely crazy version of the world’s greatest detective, who looks like he’s about to hand out the mother of all ass-whuppings to a team of Power Rangers.

Based on a design from famed artist Tetsuya Nomura, Sideshow describes this particular figure as “a radical interpretation of Batman, this collectible figure boasts a second set of arms that extend from the back to shapeshift between a closed “deactivated mode” and a wide-open “activated mode”, in which the figure seems to express emotion”.

The Batman Variant features detailed paintwork consisting of a rich black and deep red. The translucent visor and thick coat of glossy paint bring out the intensity of our favorite dark hero. With blades in his arm, an acceleration booster on his chest, and an arsenal of Batarangs stowed in his leg compartment, Batman is a sight to behold. Artist Tetsuya Nomura brings out impactful creativity in the presence that exudes from this collectible figure.