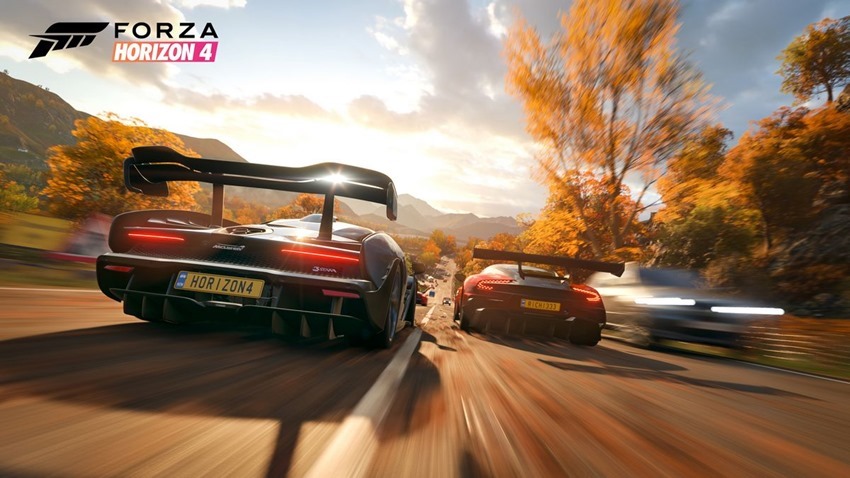 It’s incredibly hard to overstate just what good value Xbox Game Pass is. Not only do you get a rotating library of older games, but often newer ones as well. For new Xbox One owners (or the parents of them!) it’s especially enticing, because it means not having to buy many other games at all. At a cost of R159 per month or R1,575 per year (which, if we’re honest, is less than the price of two brand new games) it offers over a hundred games to download and play as long as the subscription is active. Games that aren’t published by Microsoft go in and out of rotation, but they usually spend more than enough time in the library to be played through.

Unless you’re the sort that absolutely needs to play the latest games, it’s worth looking at. Sometimes, even if you do need to play new games, you’re covered. And that’s the case this month, as Game Pass sees the inclusion of the phenomenal Forza Horizon 4. Unless you’re a die-hard racing fan, you may not need to play this for more than a month (though there’s enough to keep you busy for that long). Effectively it means you can play through one of the Xbox’s best exclusives for just R159. If that’s not a good deal, I don’t know what is. Here’s what we said of Forza Horizon 4 in our review:

It’s damned good stuff – and it gets added to the Game Pass library on October 2. But that’s not all! Here’s a look at what else is coming to Game Pass in October:

Before there was Wallenstein II: The New Colossus, there was The New Order. After a daring mission goes awry during World War II, special forces operative William “BJ” Blazkowicz wakes up in the year 1960 to find that the Nazi’s have taken over the globe. The war isn’t over for BJ as he takes up arms to reignite the resistance and take down the tyrannical fascist regime. Featuring intense first-person shooter combat and a compelling story set in a terrifying alternate history, see where it all started with MachineGames’ reboot of the classic Wolfenstein franchise!

Moscow, 2033. An entire generation has been raised underground after an apocalyptic event two decades prior. As Artyom, a resident of a besieged Metro Station city, you well venture to the desolate, nuclear wasteland above and deep into the heart of the metro system to warn the remnants of mankind of a terrible impending threat from dangerous mutants and an even more mysterious enemy that goes unseen. Featuring a massive world to explore, weapon customization, and harrowing first-person shooter elements, Metro 2033 Redux is the definitive version of this classic game.

Cowboys! Guns! Mystery! Experience all that and more in this spaghetti western-inspired action game that’s unlike any western you may’ve played before. After a bandit murders your family in cold blood, it’s up to you to track him down and deliver justice. The wrinkle to the game is that each time you play, the killer’s description and trail is different, and you must piece together the clues as you travel through the open world, taking on side quests and talking to NPCs. If you think they’re giving you the run-around and have info you might need you can pull out your weapon during any conversation to put some pressure on. We call that a gunversation. And while you could end all encounters in violence, we’ll leave that up to you.

The city is rigged to explode blow and you’re in control of the action as bridges will fall, buildings will become clouds of rubble, and cars will be blown to pieces. This is the world of Split/Second, an intense racing game set within the world of a big-budget reality game show where contestants will race across a city made for destruction to be first to cross the finish line. Full of explosive stunts, demolition, and racing thrills, this racing game is full of high-octane excitement.

You can explore the full list of Game Pass games – which includes stuff like Doom, Rise of the tomb Raider and Fallout 4 (along with an increasing library of backwards-compatible Xbox 360 games) right here.

The reduction is more than half, dropping from 30% of every sale down to 12%. Which should…