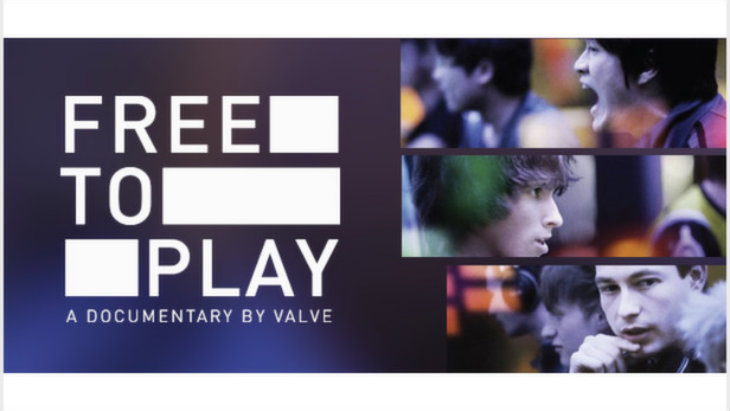 Free To Play is the film made by Valve to promote eSports and particularly Dota. The documentary follows three pro-gamers from different ends of the world as they compete in the first Dota 2 International Tournament – the tournament had a $1 million top prize and cemented Dota 2 as a top eSports game.

You can watch the entire feature-length documentary:

Believe it or not, it is actually really interesting to watch. Not only does it follow the three pro players, it also looks at the team components – what does it take to make a good team, how is it similar to other professional team sports? The film also looks at the importance of that first International. It took eSports to a whole new level, with a particular focus on Dota 2. Sure, other games were offering prize money, and some eSports can be even more lucrative than Dota 2, but the reality is that Dota 2 was the first eSport to offer this large a prize amount, skyrocketing its importance.

If you are interested in becoming a pro gamer, or an eSports advocate, or truly have any interest in eSports whatsoever, I’d recommend watching this documentary. It shows all the ups and downs, the sacrifices and triumphs. It’s not just a matter of enjoying playing games – becoming an eSports professional requires just as much time, commitment and determination as going pro in any traditional sport.

I am so impressed by the passion and dedication of these gamers, particularly considering how little support some of them received from family and friends. Oh, who am I kidding, I just enjoyed watching Dendi. And, for those who still haven’t checked it out, Dendi’s sister is quite the looker – adding eye candy to the documentary.