Just Cause 3 had a rather impressive showing at E3 this year. In amongst glorious explosions, destructive architecture and limitless chaotic capabilities, there was Rico’s gear. His grappling hook, wingsuit, parachute and more are all central to how you’re able to defy the laws of physics and have an immense amount of fun doing it. But how exactly does upgrading them work?

A short hands-off session at Gamescom answered this, with Avalanche Studios demonstrating the hundreds of Augmented Reality mini-challenges Rico will be able to interact with in the pursuit of better gear. The demo in particular showed off one challenge which aimed at improving Rico’s grapple hook retract rate – which comes in handy when making your way speedily around the island. Rico’s hook is used heavily in keeping yourself airborne, allowing you to hook and pull yourself along the ground to gain momentum. 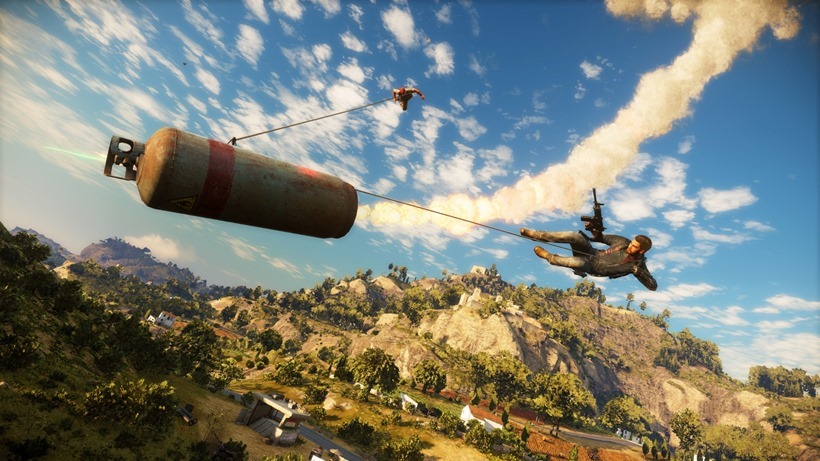 The challenge tested this too, with Rico being dropped out of a helicopter and forced to navigate through a series of rings while building up a high score. More daring manoeuvres were rewarded, such as getting close to the ground or aiming for a smaller inner circle, with the final score ultimately determining whether or not Rico was granted access to the upgrade. Different reward brackets also yield different ranks of gear, meaning you’ll probably have to tackle these challenges frequently to attain gold status.

The scores also tie into Just Cause 3’s online Leaderboards, which is the only form of official online interaction the game is getting. The challenges are nothing overly special, and having progression tied to them has the chance to become overbearing and a bit of a nuisance. Although if all of the challenges are as, well, challenging as the wingsuit one I got to see, they might actually make up a compelling part of the sandbox experience. 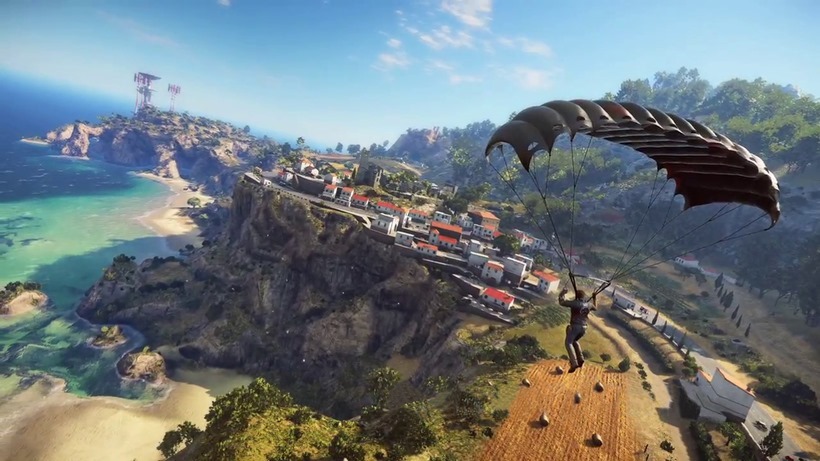 Apart from challenges, there wasn’t much else on show that we haven’t already yet seen in some of the extensive gameplay videos released after E3. The multi-tether system that Rico can employ with his grappling hook remains one of the most fun, experimental tools the game has on offer, along with the unrestricted freedom you now have on top, underneath and generally around vehicles. The demo itself also looking incredibly good – with the finer details in explosions such as volumetric smoke and environmental art really popping.

Just Cause 3 is still the ridiculous looking open-world action game that preys on extreme power fantasies, and it’s exactly why the second entry was such a success. Right now this current-gen sequel is ticking all the right boxes, making the wait for December 1st just a little bit harder.