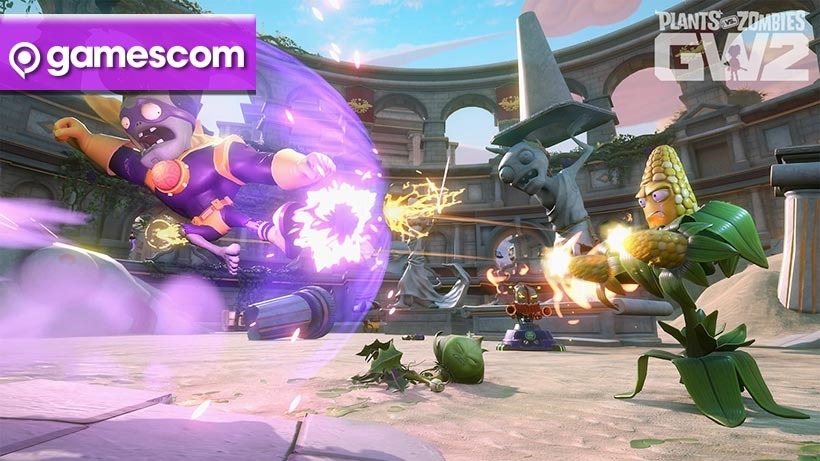 Plants Vs Zombies: Garden Warfare is easily one of the more underrated games available today. It’s a fantastic adaptation of the PvZ franchise, and a helluva lot better than last year’s core franchise sequel. A new sequel isn’t only welcome, it’s wanted.

And Garden Warfare 2 knows that, as not only does it plan to expand on what has come before it, but to throw in more single-player action as well.

Yessir, you read that right: Plants vs Zombies: Garden Warfare 2 will allow for some offline play, as well as some new characters! A rose (sorceress), Colonel Corn (can call in air support) and an orange dude who happens to be a time-travelling bounty hunter. No seriously.

Multiplayer will still be big, with EA revealing couch co-op modes and a Backyard Battleground. The best part of the presentation however, was seeing Plants vs Zombies: Garden Warfare 2 fully embrace the satire of spoofing EA games, which has resulted in Grass Effect content for the sequel.

Pre-order the game, and you’ll get a Z7 mech as a bonus. Well alright then. EA then showed off a new level to the tune of Creedence Clearwater Revival’s Bad Moon Rising, as the plants went to space:

The over the top shooter returns soon. And then your ass really is grass.