Home Gaming Gamescom 2015–How Crackdown 3 is using the cloud properly, and why you might not need it

Ask anyone that was with me in Cologne – Crackdown 3 was undoubtedly my most anticipated game of the entire expo. I have extremely fond memories of the first entry in the series (and seriously repressed ones of the sequel), so the idea of a reboot to franchise roots excited me greatly. An excitement that was subdued during the Microsoft conference, but thankfully reignited when I finally got my hands on the game. 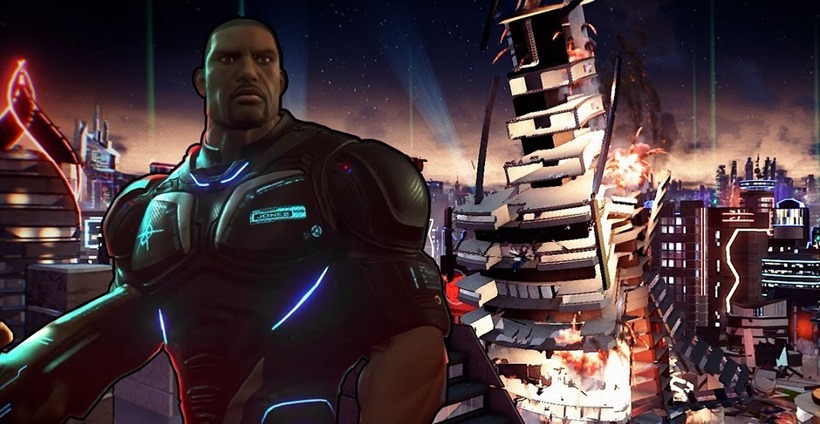 Let’s make one thing clear – Crackdown 3 is not suddenly a multiplayer-only mess. That’s one question I found asking after the conference, but within a minute of sitting down with the game developers my fears were knocked down harder than a fully orbed up Agent could muster. Crackdown 3 (which brought back the numerical title after all) is first and foremost the single-player/co-operative game you’ve know from the past two entries. 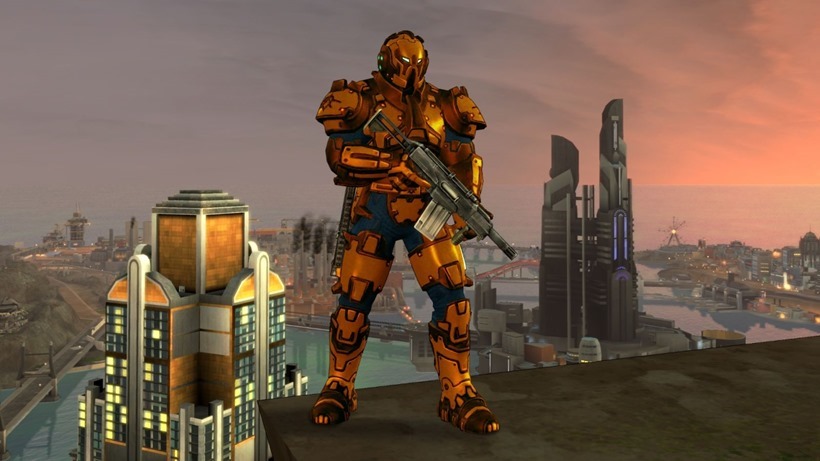 One of the biggest issues with Crackdown 2 was its carbon copy paste job of the first game’s environment. No such problem exists here, with the cell-shaded city being a completely new creation for you and up to three other friends to orb hunting within. That is, of course, on of Crackdown’s most defining features – and it’s back to satiate your collectible hunting cravings. That’s along with the upgradable vehicles (which morph to symbolise your Agent level), and a Pandora’s Box full of weaponry to take it to the gangs.

Because they’re back, and playing a much larger role than the first game. Gangs made up the bulk of adversaries then, and now they’re being spruced up a little to address some age-old issues. Back then, fighting a gang leader for control of the city was somewhat anti-climatic – and often you could end up doing so without even knowing it. In Crackdown 3, you’ll have a sort of aggro meter that builds up as you take down small enemy outposts, gang related syndicates or just manically murder members. 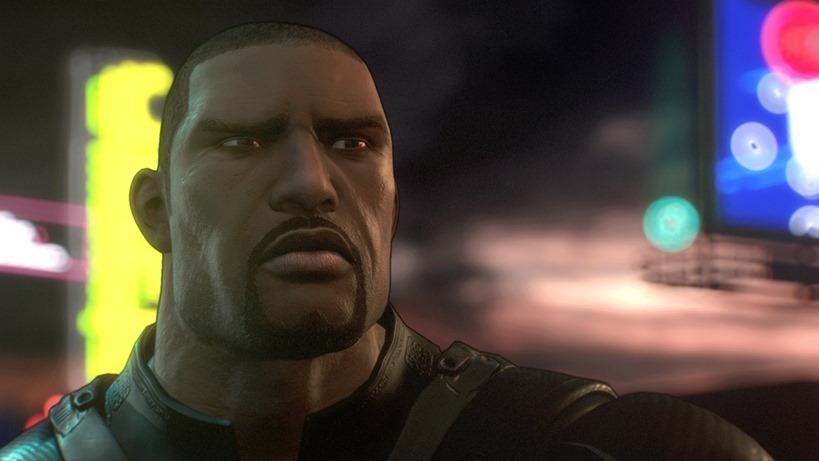 Once full, the gang leader will call you out personally – which was demonstrated with an in-game cinematic that appeared as the Agent was mopping up a small enemy outpost in a very early version of the game. It was some of the footage shown off-screen at the conference, and I quickly realised why. Although revealed last year, Crackdown 3 is still a while off – with the hands-off demo featuring a small, untextured slice of a much bigger city. One that is, right now, nowhere near ready to be explored.

Which then made the following hands-on time a little confusing, after we were introduced to a brand new mode for Crackdown 3: Competitive Multiplayer. A mode that was much more polished than the single-player, thanks to the fact that something called “Agent Agency” is actually scheduled for next year. Essentially, multiplayer is coming out first – kicking off with a multiplayer beta in 2016. 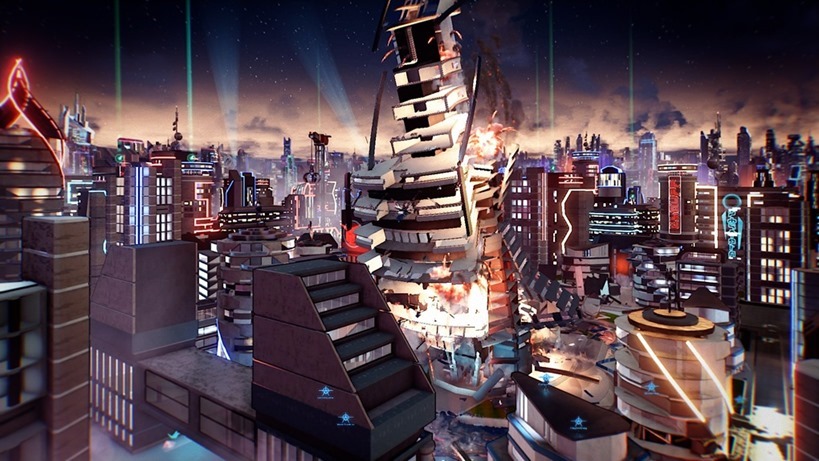 It may be surprising, but the past two Crackdown titles actually lacked this feature – which is probably why Microsoft chose to highlight it so heavily during their conference. The other facet that raised eyebrows was the return of the cloud – utilising remote servers to power some incredibly impressive destruction when online. Restricted to online multiplayer, players are able to essentially level entire skyscrapers when they see fit. Taking the controller into my hand (and using unimaginably more powerful weapons than the actual game will allow), I brought down an entire office block with just a few rocket launches.

Massive, sky-kissing structures were a little tougher to bring down though, with a fellow Agent and I first chipping away at walls and gas lines to expose and weaken the tough supports that help the building up. Once down, the building crumbled in thousands of different ways – creating destruction on a scale of realism that no other game has achieved before. Again, all powered by the mysterious cloud, which is able to effectively stream power to the Xbox One. 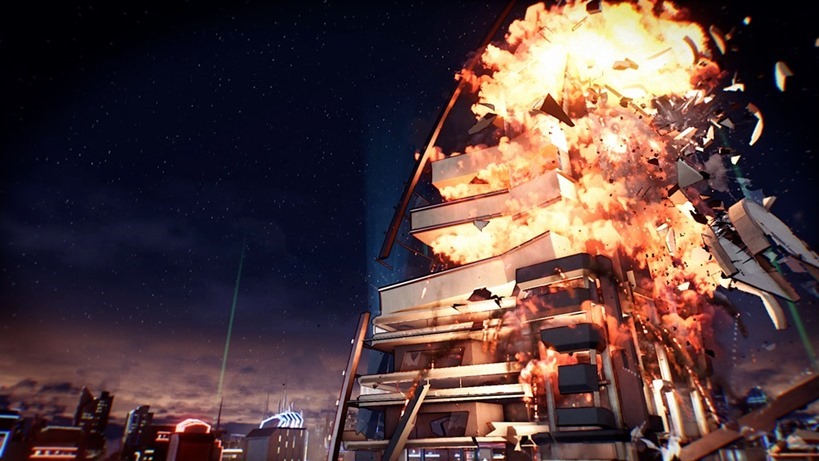 Sceptical? That’s not surprising, and the developers showcasing the game to us were well aware of that. Delving into how this all worked, a debug mode was shown to express how different servers were actually all in charge of individual, different buildings. In the mode, full structures were shaded differently to signify a different server dealing with its calculations – with buildings falling into each other during destruction seamlessly switching between hosts in real-time. Another counter displayed the number of cloud servers the game was currently utilising. At the start of the demo, this counter remained at zero, but quickly rose to around 10 times the computing power of the Xbox One once things got intense.

Reagent Games promised me at the showcase that a connection of around 2-4 MB would be the minimum to get all of this power streaming running smoothly, but that isn’t always the problem. Titanfall, another game that used cloud technology, made the distance between you and Azure servers abundantly clear. Those closer benefited from it, but thankfully the game was still incredibly playable from half way around the world. If Crackdown 3 utilises this in the same way, it might not be an issue you’ll ever encounter at all. 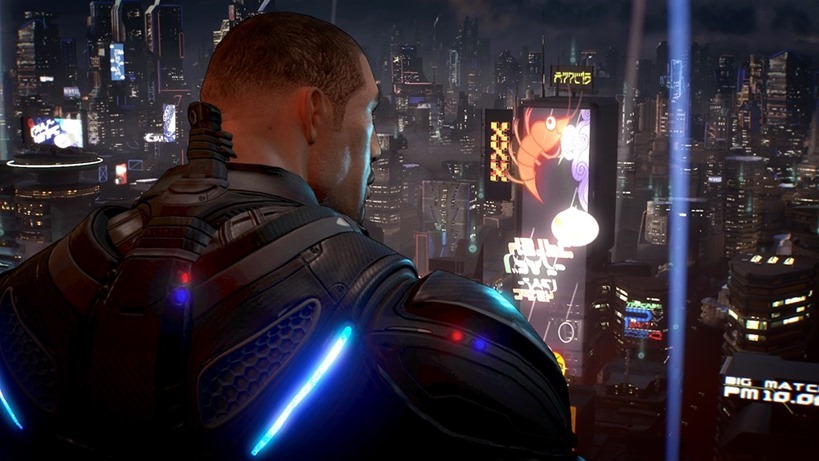 Better yet, it’s a feature you don’t even have to worry about at all if you’re just craving that single-player (or story co-operative) experience – since cloud power will be restricted to online multiplayer. If you’re just hoping for some of the same action that made the first game so famous, it’s there. And right now, that’s all I really wanted to see. Crackdown 3 is still a while off, but I’m happy that it’s not being turned into something it isn’t.