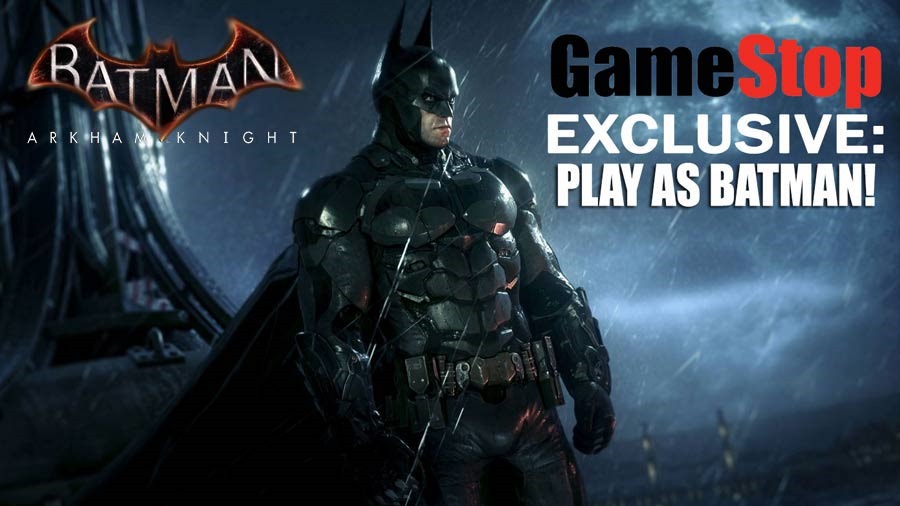 In theory, pre-ordering a game should bestow on a player various bonuses for placing their faith in a developer at an early stage, while shaving a few bucks off the release price. In practice however, it usually results in merely some exclusive cosmetic content and buggerall else. That’s the approach that most games take these days. But what US gaming franchise GameStop has in mind just sounds completely wrong.

According to a report on GamesBeat, GameStop met up with investment company R.W.Baird to talk about the future, with one analyst speaking about the discussions that went on. “[GamesStop] indicated that software publishers are more enthusiastic about partnering with it,” Baird’s Colin Sebastian wrote.

“For example, by offering exclusive content on each major game release, and longer term, future models may include GameStop offering exclusive gameplay.” When pressed for further clarification as to what “future model” meant, Sebastion added that GameStop was thinking about “getting involved at the time of game development where there could be some content exclusive to [the retailer] included in the game.”

Sweet Atari, no. Look at Watch Dogs as an example of a game having far too many pre-order incentives. Just look at that horrifying list. Now imagine swathes of your upcoming favourite game, with levels locked to you unless you pre-order the GameStop version. Or the inevitable other levels that rival retailers will have when they adopt this model.

And when asked for a comment by GamesBeat, GameStop said that the reports were “accurate”.

“We are working with our [development] partners to build in a longer lead time,” GameStop public-relations spokesperson Jackie Smith told GamesBeat. “And we are working with them to get both physical and digital exclusives for our customers.”

This is all in the conceptual phase at the moment, mind you. But it sounds like the worst idea since someone said ‘yeah let’s take this suspiciously large wooden horse into Troy, statues are all the rage this season’.”

Jason Blum producing yet another GameStop movie – sadly, it won’t be a horror film

A fourth movie about the ongoing GameStop wall street drama is now in development. This ti…