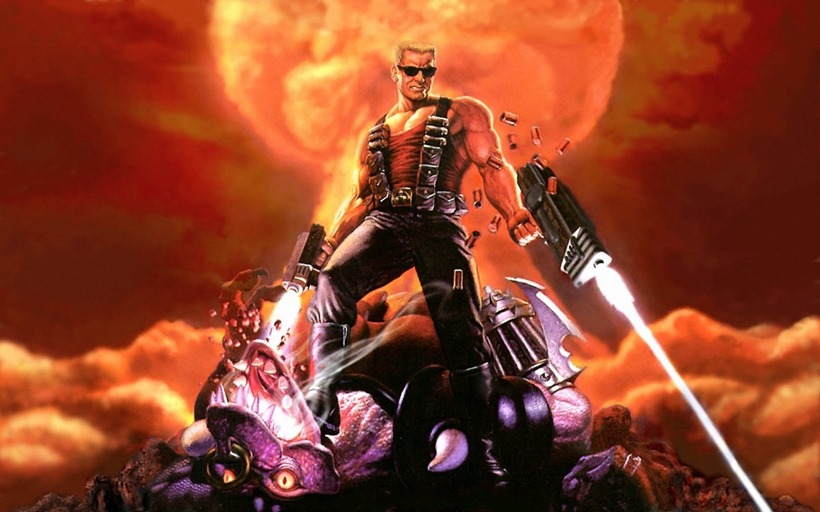 Duke Nukem Forever…wasn’t a great game. 14 years of waiting resulted in something that was an absolute stinker at best, a dated and oft-delayed title that had rare moments of sheer brilliance before it clogged the toilet with some tepid gameplay and an uninspiring return of one of the greatest legends in video game history.

Gearbox often gets the blame for that, but in this case, it’s an unfair pointing of the finger. What Gearbox did was save the game and hire some folks to help polish that turd, as the Borderlands developer acquired the rights to the franchise. Rights which they still want to make use of.

“I did not acquire the franchise merely so people could experience Duke Nukem Forever,” Gear-boss Randy Pitchford said at the Develop 2015 conference via Euorgamer, when he was asked about the future of the franchise.

That was, sort of, the toll to pay to give Duke Nukem a chance at a future. So yes. In fact, we’ve done some concept development. The challenge is that Gearbox is very busy. A faster way would be if the correct developer would become interested and we’d work with them.

Duke Nukem Forever was legendary for its vaporware status. A 14 year odyssey that saw the game undergo numerous changes, with developer 3D Realms eventually shutting down and allowing Gearbox to get their hands on the IP. The end result however, was mixed at best when it came to reviews.

“I think that’s it’s a challenging problem,” Pitchford said of a potential sequel, “but there’s no doubt that, when it does happen, the entire industry will turn its head.

Getting attention in this industry is one of the hardest things to do. That’s probably one of the biggest problems Forever had – for 10 years it was promised as the greatest game that would ever be made. It was legendary in its vapourware status. So it had a particular pole of attention.

The biggest challenge is most likely making a game with a character with sheer machismo for blood, that won’t have easily-offended folks exploding with indignant rage at the idea of playing as a relic from a very different time in the annals of gaming history.

Personally, I’d love to see that reaction, as this popcorn needs to be eaten. Realistically however, the biggest challenge that Gearbox has on their hands is earning back public trust after the Aliens: Colonial Marines debacle, where they hired TimeGate Studios to work on that game.

It was an utter mess, and people are happy to remind Gearbox of that, as Pitchford discovered this week. Personally, I’d love to wait and see Gearbox handle a new Duke Nukem in-house. After Borderlands, they’ve certainly proven that they know how to do gunplay. But that’s just me.