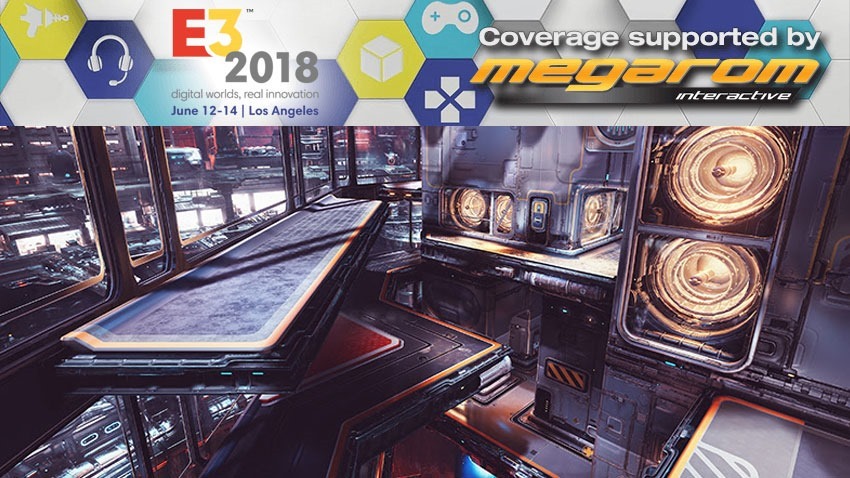 While Gearbox didn’t show off Borderlands in any guide, we did get to go hands-on with its new shooter. Called Project 1v1, it does – as its name suggests – pit two players against each other. Reminiscent of games like Quake Arena and Unreal Tournament, it’s a fast-paced arena shooter with a focus on skill.

The mode I played was called Arena, and it works a little like a quarter match in fighting games. Whoever wins becomes the champion, and continues playing, with new challengers in the queue trying to wrest glory. What makes it a little different from other games in the same vein is there’s a metagame that uses collectible cards. It appears that cards can be won, as well as bought using an in-game earned currency (though there may be microtransactions for this too). Those cards give you not just weapons, but also an array of cooldown abilities that can turn the tide of battle. 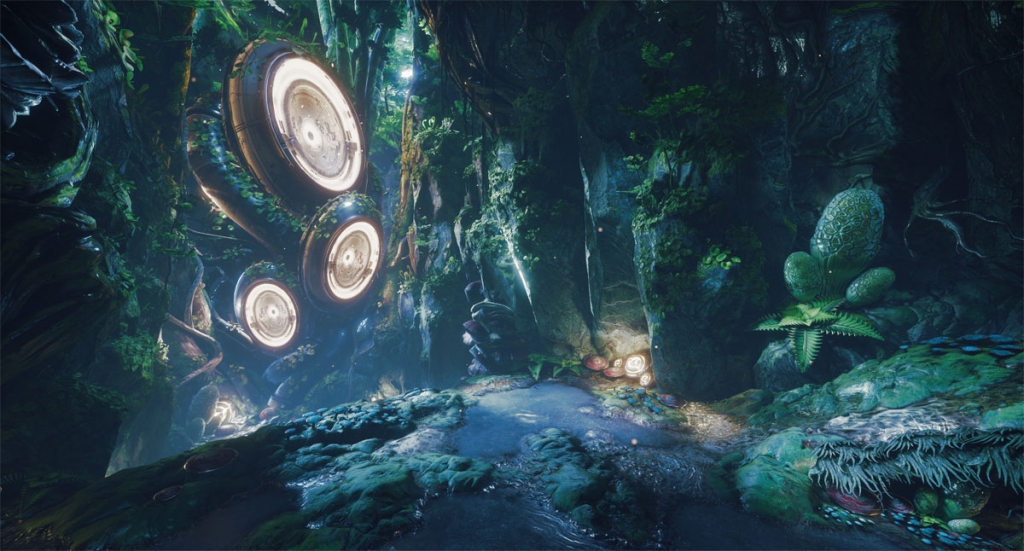 There are two slots for weapons, and three ability slots. The ones that I had equipped for my character included one that turned me into a flaming inferno, propelling me forward, and likely instantly killing the opponent. Other abilities include a deployable sentry gun, mines, energy barriers and more, adding a tactical metagame that’ll have players mixing and matching the best abilities to dethrone the king of the hill. Matches run for exactly five minutes long, which a perfect amount of time for a game like this, where you can jump in, play a few rounds and just have fun, without worrying too much about becoming super invested in a single game.

There’s a social aspect to the queue as well, with full spectator modes, and a chat system for those waiting for their turn. The maps I managed to play on were small, tight ones that encouraged regular movement at breakneck speeds. This isn’t the sort f game that invites campers; it’s about running, jumping, and shooting people in the fact before they do the same to you. And it’s a heck of a lot of fun. It’s still in a pre-alpha state, but it already looks great, feels fast and fluid, and is a delight to play.

Asa special note, it also has one of the coolest guns I’ve used in a game in ages. While it has a primary fire that’s barely different from the railguns you find in this sort of game, by holding in the second mouse button you’re able to ride the resultant rail, using the trajectory of your shot for locomotion. It’s such a simple, genius take on an overused weapon that I hope to see more of.

There will be a technical test of the game coming, and hopefully it’s as fun to play in South Africa as it was in this closed network. I asked about the server technology, and if it’d used dedicated ones – but couldn’t get an actual answer. I hope it works for us, because it’s something I want to play more of.