Home Gaming Gears of War 2 may or may not be releasing in Japan. Huh?

Reports have been going around the internet saying that according to EDGE magazine, Gears of War 2 will not only not be released in Germany but will not see the light of day in Japan either.

The report caused much confusion because the first Gears of War sold well in Japan and even made it into the sales charts on it’s opening weekend and no reasons had been given for why it would be kept out of Japan.

We all know why Germany isn’t getting it. It’s because if a German citizen sees violence they turn into zombies that eat all of the neighbours kittens and the mess is truly a sight to behold. We all know that Japanese people are immune to becoming zombies because of the (Y12/7 +43ab – 7) chromosomes in their blood.

So why aren’t they getting it? More after the jump.

Well an update has now been posted saying that Microsoft is not entirely happy with what they said and that apparently no mention has been made of the release plans for Japan. Does that mean Japan is getting it after all?

Err, well, no it doesn’t but it does at least give hope to all the Japanese 360 owners who want to play it (latest reports show that there are now more that 8, thanks to recent sales). 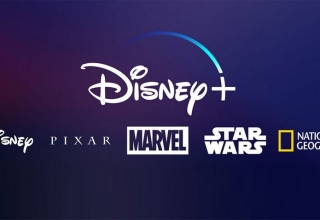 Disney might be suffering with the loss of big box office returns, but it does appear as if their big investment into streaming is paying off.