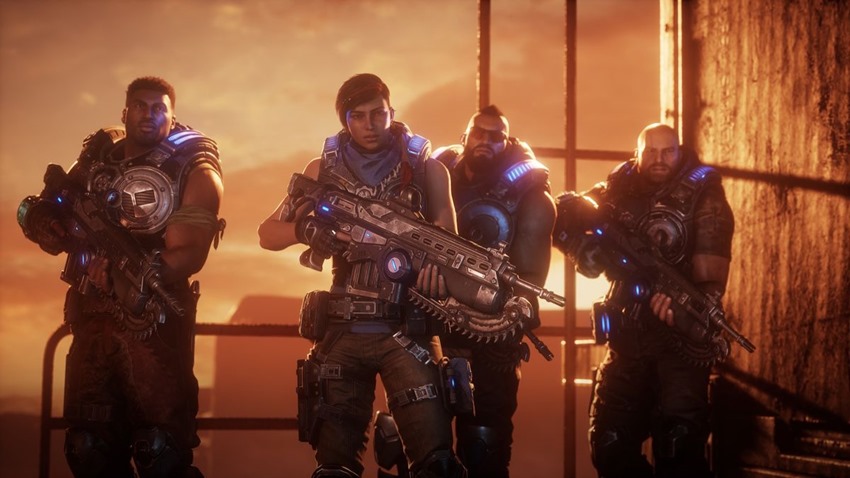 Got an Xbox Series X and a kickass OLED TV? If you’re in a show-off mood, then Gears 5 is easily the game to have running when friends come over, as developer The Coalition managed to push the Unreal Engine 4 to its breaking point and then some when it created the last Gears of War sequel. A stunner on Xbox One and even more gorgeous on Xbox Series X thanks to some next-gen fine-tuning, Gears 5 is an ocular ass-kicker in the graphics department.

So imagine then, what the studio is going to be capable of when it shifts gears (heh) to Unreal Engine 5. The Coalition announced this week that its future projects will be developed on Epic’s latest software, which will likely mean that upcoming games will look pretty sharp. The downside to this is that those games are going to take a bit of a while to see the light of day, as the studio works on familiarising itself with Unreal Engine 5.

“Gears of War has always been at the front of Unreal Engine development – as a breakout 720p title for Xbox 360 through last year’s 120FPS multiplayer update for Xbox Series X|S – and we’re excited to continue that tradition by developing on UE5 for multiple new projects in the coming years,” The Coalition said in a blog post.

It’s worth noting that the studio didn’t specifically mention a new Gears game, as it could be branching out to work on a new IP while the franchise gets given some time to take a break. One famous property that The Coalition isn’t working on though? Star Wars, as the studio quickly shut those rumours down.

The blog post also confirmed that The Coalition will be working exclusively on next-gen games, which means bye-bye to the Xbox One. Gears 5 will still receive regular updates, as Operations 7 and 8 for its multiplayer mode are already in development, each one adding new characters and maps to the game.

Epic’s Unreal Engine 4 has been one of the most dominant forces in big-budget game development over the course of several years, and in an industry that managed to create some truly impressive-looking games with it, The Coalition’s efforts have been some of the very best. Your eyeballs likely won’t be ready for the studio’s next game.