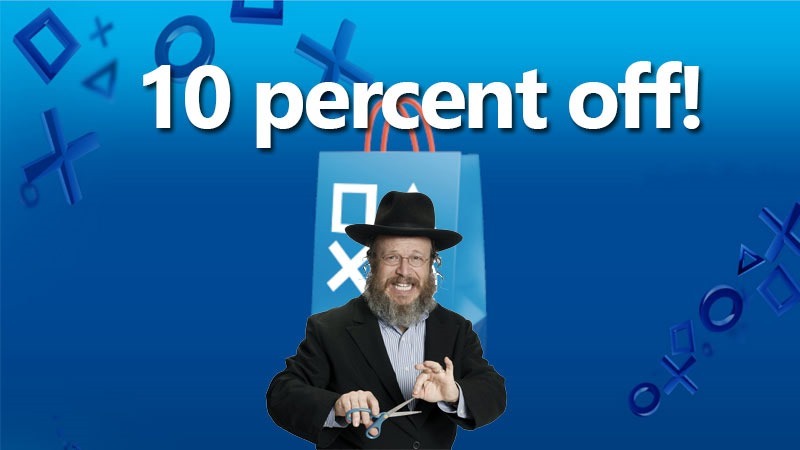 In case you hadn’t noticed, Sony PlayStation Network – along with Microsoft Xbox Live – suffered from a series of outages; the result of some script kiddies and their DDoS attacks. Sony’s trying to make good on that; it’ll be adding 5 days of PS Plus to every valid subscription, and is now offering a 10% discount on its digital stores.

Here’s how it works. Later this week, Sony’s North American and European blogs will publicise a one-shot-per-account code that you can use on your console or from the Sony Online store. Here’s the kicker though: you’ll only be able to make use of the code and receive the discount this weekend: The discount will be valid from 9.00am GMT on 23rd January until 9.00am GMT on 26th January.

That means that those of you who’re paid at the end of the month are a little out of luck. You can, however, use the code to get 10% off of pre-orders – so The Order and Bloodborne start looking quite tempting. You won’t be able to use the code to buy PlayStation Plus subscriptions, Music Unlimited and rental video content. Fee free to visit the European and US PlayStation Blogs for more details.

While we wait patiently for the code, Sony Asia has already released codes for our friends in the East. If you happen to have a few Asian accounts, and want some of those games not deemed worthy for the West, you could probably use them to get a discount.

What do you think? Is 10% enough of a discount? Bear in mind, of course, that Sony didn’t have to make this gesture at all. Still, considering how much the network was down, you’d imagine they’d do a little more to placate angry users.

It’s also worth noting that a teen in the UK was arrested for the recent DDoS attacks – which should hopefully deter others from doing the same.