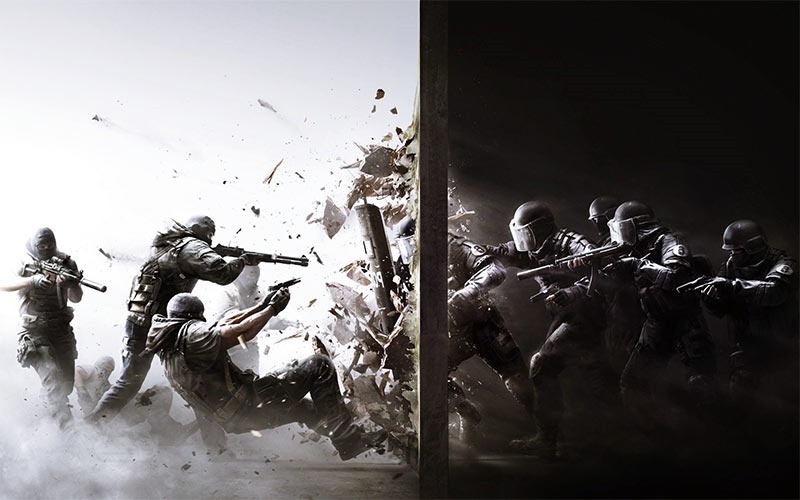 Rainbow Six: Siege is currently in closed alpha and – even though that alpha isn’t available to us – it’s a game we’re deliriously excited for. There’s always something special about the way Rainbow Six handles its co-op based gameplay, even if this one does seem to borrow more than a few elements from Counter Strike’s hostage rescue. Some new footage leaked out this weekend, and Ubisoft’s doing everything it can to make it disappear from the internet.

The footage shows a few rounds of the same sort of hostage rescue we saw from E3 last year, only in a few new levels set in and around an airplane. The video ably shows how players are able to set up barriers using planks, which they can then use as cover or to prevent the enemy from proceeding.

The footage shows the same kind of multiplayer hostage rescue gameplay we’ve seen when Rainbow Six Siege was first revealed in E3 2014, but on a new level set on a plane. The video also showed how players can set up barriers to block doorways and create cover. The video’s been posted just about everywhere, but it’s also been removed from everywhere – which means that Ubisoft really, really doesn’t want you to see it. I haven’t any idea why though, because it looks pretty damned good, considering it’s in such an early alpha state. The footage comes courtesy of Original Gamer, originally from French site Jeuxvideo, and is from version 0.1.0 of the game.

As cool as the multiplayer looks, what I really want from a new Rainbow Six is a high-stakes, high-tension single player or co-operative campaign. Multiplayer is most certainly at the forefront for Siege, but Ubisoft has said there’ll be something in the game for SP gamers. Anyway, here’s that very early, very leaked, and very-soon-to-be-removed footage.

Ubisoft says the leak wasn’t a leak – and the footage came out of an early preview.

“We have invited some media and influencers to try the game at our studio,” a spokesperson said in a statement.  “We are glad to say that they really enjoyed the experience and that soon you will be able to read their impressions. Stay tuned”