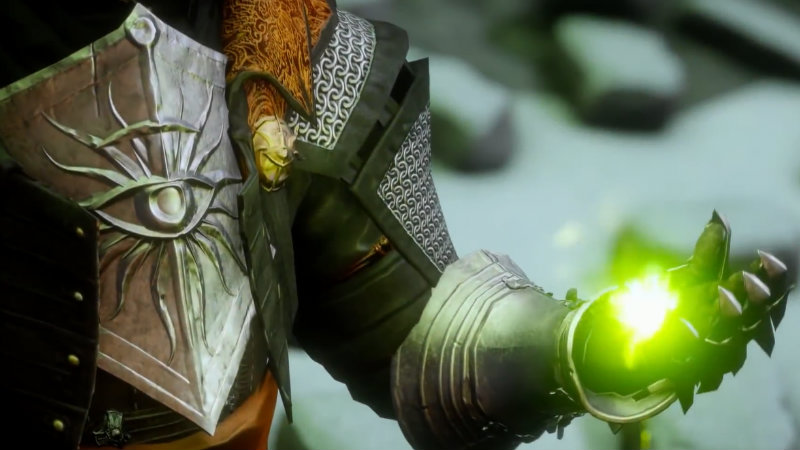 Dragon Age: Inquisition was incredibly fun to play. I thoroughly enjoyed exploring and saving Thedas throughout December and January, but there hasn’t really been a reason for me to jump back in and finish my second play through. I kept waiting for the right DLC to arrive that would actually add something worthwhile to the experience, and it seems that DLC has arrived.

Here is the official trailer for Trespasser, the last story DLC for Dragon Age: Inquisition:

The tag lines are fairly straight forward – reunite your team, stop the Qunari threat. Define your legacy. But it’s the nuance that I’m excited about. This is an epilogue DLC that takes place two years after the game’s story ended. While institutions like The Inquisition are paramount during times of great danger, it will be interesting to see what happens in the time that follows. Do other countries get upset with the power of the Inquisitor? How has that romance lasted that was forced under such unique conditions?

I think I found my reason to get back into Dragon Age: Inquisition, although I am a bit irritated. I bought a fancy version of the game because I knew I’d go full fan girl and want all the extras. But, while it does include the Bog Unicorn and some other unique digital extras, it doesn’t include all the DLC. Why can’t publishers just make a pretty version of a game that includes everything all at once? It’s not that I don’t think this DLC will have value, but I just hate feeling like I’m getting nickel and dime for a game that I already payed top price to play.