Home Gaming Gorgeous looking Trine 3: The Artifacts of Power out this year 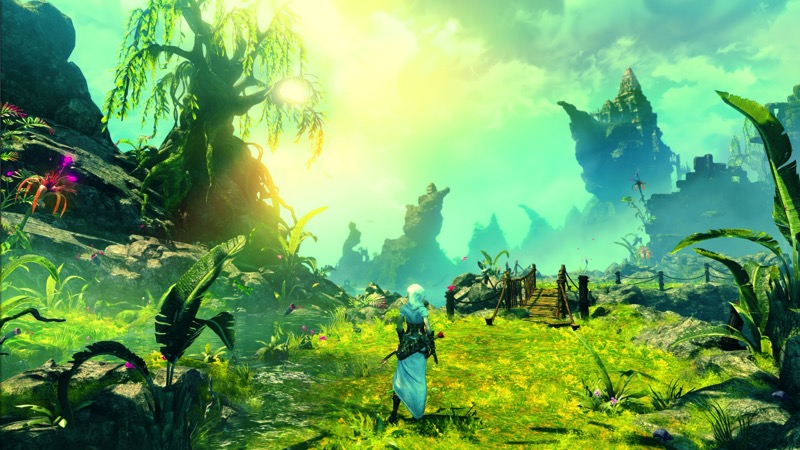 The Trine franchise has impressed me twice out of two attempts, which is a pretty solid record by anyone’s maths – except maybe for Geoff’s.  Both titles featured a healthy blend of platforming goodness, puzzle solving prowess and neat combat encounters. It also helps that both of them are drop-dead gorgeous, which seems to be no different from the surprise third entry that was announced yesterday.

Developers Frozenbyte shared the good news yesterday, after apparently being inundated with emails asking about a possible sequel. Turns out they’ve been working on Trine 3 for a while now, which means its not too far away from launch. In fact, it’s still going to make it in 2015 on PC.

YES, we’re making Trine 3 (and have been for quite a long time actually!) – AND it’ll be out this year!

As is tradition with Trine, this third entry will put players in control of three distinct characters, as you explore a brand new three-dimensional world. The Wizard is able to manipulate objects and conjure up his own, while the Knight hits and bashes things with sword and shields, protecting the Thief that who uses a grappling hook and bow from afar. Trine has forced you to swap between these roles beautifully in the past, so I wouldn’t expect anything less here.

If you still haven’t given the past two titles a go, this is your lucky day too. Both titles are currently 85% off on Steam, all the way through until March 14. At that price they’re an absolute steal, and required playing if the below trailer entices you at all.