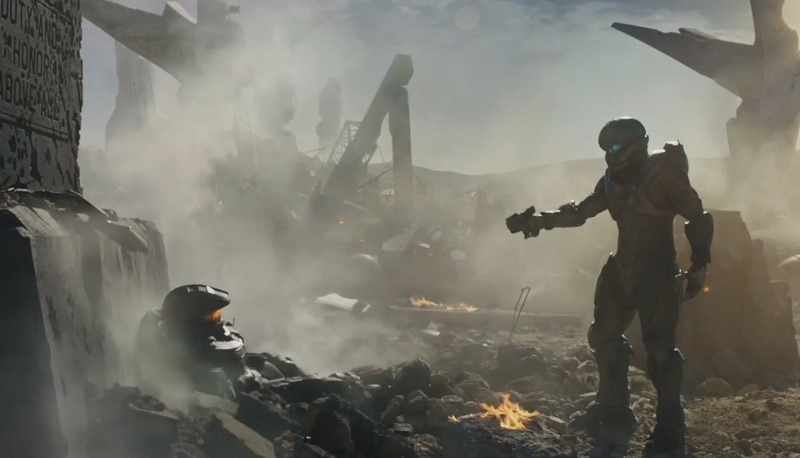 What that headline above me said!

Yes sir, the next Halo game will indeed be out in the spooky month of October. Revealed during an episode of The Walking Dead, you can catch the trailer for it below, which is all live-action and no gameplay at all. Plenty of dramatic music and plot teases however:

Spartan-IVs hunting down the Mater Chief? Colour me intrigued. Whatever has happened between the events of Halo 4 and the Halo 5, has obviously had a massive effect on the Master Chief and the universe around him. Now far more than human after his DNA was rewritten and evolved by the Composer, Master Chief is the only human in the universe who happens to have an immunity to the weapons of the Didact. Or as the official game synopsis describes:

War breaks out when colony worlds are unexpectedly attacked. Master Chief Petty Officer John-117 goes missing as a rogue officer, and Spartan Locke is tasked with hunting down the Master Chief and solving a mystery that threatens the entire galaxy.

Weapons which, I suspect, have made their way into the wrong hands with disastrous effects of course. Still, I like the idea of facing foes that aren’t Covenant or Promethean for once. There’s something cool about the idea of being hunted. And hopefully, this will be a Halo game that has learnt a lesson or two after the disastrous launch of The Master Chief Collection.

Because that beta was a solid step in the right direction. October 27 then!