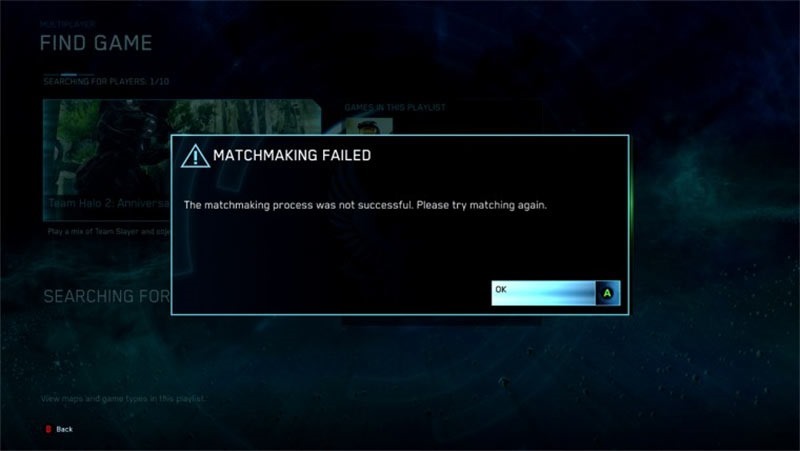 Update: What? Halo Matchmaking is working from South Africa!

Halo: The Masterchief Collection launched with much fanfare, but there’s been a problem with its matchmaking since day one. Patch after patch and the matchmaking issues persisted. It’s now four months on. A brand new patch is out – and for many, it’s completely fixed the game’s matchmaking woes.

Here’s what the patch notes say about matchmaking fixes.

Unfortunately, South African users have found that matchmaking still doesn’t work from within South Africa’s borders. South Africans are unable to join a multiplayer Halo: The Masterchief though matchmaking. Private multiplayer games, where you invite friends and the like work as intended – but if you’re trying to use the system’s built in matchmaking, all you’ll be doing is waiting. Many local gamers had hoped that the newest patch would fix it – and it doesn’t.

No amount of patching will fix it though. We’ve heard from a rather reliable, trusted source that Microsoft and 343 are actively blocking South African gamers from using matchmaking. Their reasoning, we’ve been told, is that our internet infrastructure is too slow, and that by allowing us to join other players from around the globe, we’d be negatively impacting their experience.

The only solution to Halo matchmaking woes would be to have a local Azure datacentre – but we’ve already been told that’s not on the pipeline. The most egregious bit of all of this is that Microsoft South Africa is aware of the issues and the IP restrictions in place – and I think they should at the very least be selling physical copies of the game with some sort of a warning sticker, with a similar notice on the digital versions in the Xbox store. Those who waited eagerly for Respawn Entertainment’s Titanfall would know that that game was denied a retail release here, for much the same reasons.

The problem, obviously, is with the precedent that this sets. This will very likely happen with other games. Will we  be able to play any matched game of Gears of War when that’s out? Will we be able to play Halo 5: Guardians? Until we have an Azure server here, the answer is “probably not.” While I understand Microsoft wanting to maintain a desired level of performance for the majority of its players – we have to realise we are a small market, after all – the very least that should be done is for them to warn consumers that they should expect a degraded experience.

We’ve reached out to Microsoft Global, Microsoft South Africa and 343 industries for official comment – to no avail. We’ll keep you updated on the responses we get, should we get them.