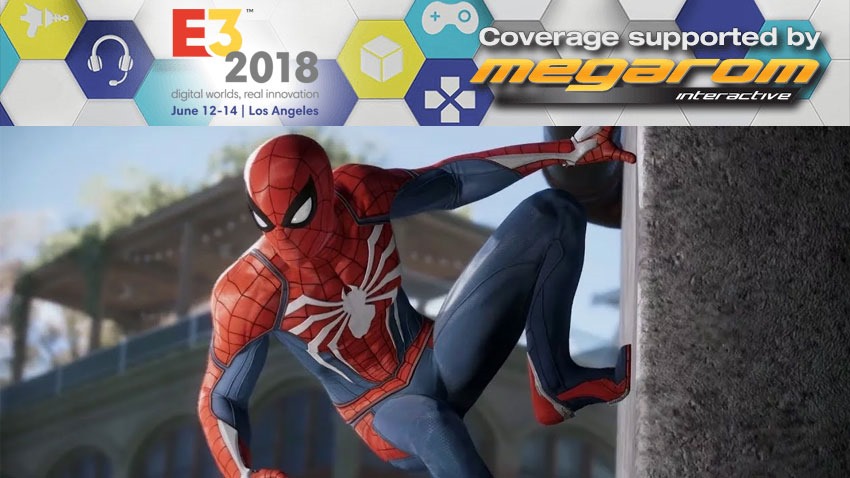 Sony’s frankly bizarre conference did have one benefit for those who attended: the feeling like they were about to be murdered in a bespoke, faux church – before that was revealed to be a replica of a set-piece in the Last of Us II.

That, and we had the opportunity to play Insomniac Games Spider-Man after the event. Most of what we’ve seen of Spider-Man to date has been set around what seems like largely linear action sequences interspersed with cinematics. That’s what we were treated to at the conference proper, with the introduction of five sixth of a particularly sinister bunch. The bits that we got to play, however, were all part of the open world, with a few missions and side activities scattered about for the intrepid webcrawler to tackle.

Of course, what that means is that I spent nearly al of the allotted time just swinging around the city, with the sort of frequently untethered freedom last seen in the Amazing Spider-Man 2. For the most part, it seems to work. Movement is fast and fluid, with Peter Parker’s costumed alter-ego able to zip around the Manhattan with ease, his webs magically attaching to buildings as he flies by. By pressing and holding R2, Spiderman naturally and effortless swings through the city. With a single button press, he can then shoot a line of the sticky stuff forward and pull himself forward, which is great for precise turns. Swings are also context sensitive, so at the height of your swing, pressing to swing again gives you greater height and momentum. When you’re sufficiently high, pressing R3 will have you dive towards the ground, increasing speed and momentum for an even faster approach. It does, admittedly, take a minute or two to get used to, but once you do you’ll be swinging all over the city without having to leave your car keys in a fish bowl.

Of course, being the ultimate wallcrawler, Spidey can also climb and run up walls, adding to his arsenal of locomotive tools. Combat, as you’d expect, is largely influenced by the Arkham games. While that may seem derivative, there isn’t really a better system. While there doesn’t seem to be combo multipliers, combat is largely centered around attacking and dodging, with charged special moves and tech abilities thrown in to keep fisticuffs dynamic and engaging. As with the games it’s clearly influenced by, there’s a certain rhythm and cadence to the combat, with Spiderman acrobatic athleticism expanding his melee repertoire. Spider-Man will slide under enemies to dodge attacks, bounce off walls and ricochet off other enemies.

I’m a little less convinced by the open world itself, which seems to be stuffed with the sort of open world bloat that par for the course with games of this sort. With a button press, Spidey can sense open world events that he can engage in. I did a few of the ones on the map, along with a few more dynamic ones involving generic crimes – store robberies, car chases and the like. What is quite nice is that even some of these smaller mini missions blend into cinematic moments, and even boss fights. Still, I’d need to become far more invested in the story itself before I’d be able to know if the mostly mindless open world stuff I worth the time investment. From what we’ve seen so far, there’s nothing to suggest that’s not the case.

Spider-Man is a PlayStation 4 exclusive, and it’s out on September 7 2018.a