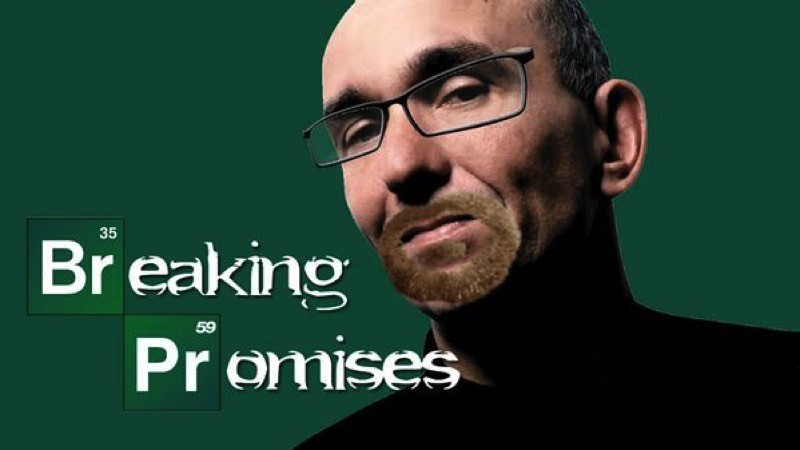 I am bored of far too many games, lately. Everything feels repetitive and overdone with solid ideas getting rinsed and repeated to the point of becoming washed out. We all long for something unique and innovative, something that will set a new benchmark for gaming, but are we actually destroying that creative process and innovative thinkers?

I started thinking about this after Shadow of Mordor. It was such a stellar game that I was completely overlooking during development. Once I got my hands on the nemesis system at E3, I knew that it was something special and would shake things up for gamers. I love the nemesis system far too much and I hope it’s something that’s expanded upon for future games of this type. While Shadow of Mordor wasn’t a perfect game, it deserved our award for 2014’s Game of the Year, if only because it gave us that much needed breath of fresh air.

Peter Molyneux has become synonymous in the industry for over promising on innovation and experience. Rock, Paper, Shotgun recently ran a rather intense interview with him. While it’s a devastating interview (and hard to read because of how harsh it gets at times), it feels mostly on point, when it isn’t derisive and bullying.  Molyneux raised a ton of money on Kickstarter and won’t be delivering on promises that people paid for with their hard earned money.

I am not going to defend Molyneux here. He should have known how much time and money his game would take, and he should know enough about project management to plan for the worst when it comes to these things. Still, have we created an atmosphere in game development today that punishes innovation?

Developers are expected to show off their games early and often. Months of silence implies a project is dead or in development hell. Meanwhile, the “community” demands input into games at every stage, critiquing the slightest things and demanding familiar mechanisms and modes. Having seen so many behind-the-scenes videos of early genre-defining games, it’s hard to imagine that the degree of creativity could still exist if developers had to show their work and absorb public criticism the way we expect now. Just think of what happened with XCOM: The Bureau – after it was shown off in an early state as a first-person experience, the rage was immense. Even after a huge PR push there were still consumers who were convinced the game was still in that form.

It is a delicate balance and not one that I’m sure any studio can get totally right. I want to know how a game is progressing and if it will be worth my time when it releases, but I also want to be pleasantly surprised by how a game shapes up; I want to be taken aback by the innovation and unique elements in game, instead of seeing them all in a whole bunch of trailers before I get to experience it for myself. I think our demands have become unreasonable, but I also think they make sense. Unfortunately, I just worry that the gaming industry will suffer under this paradigm and we might be our own worst enemies in this regard. Do you think our expectations are unreasonable, or are we just jaded about the former grandfathers of gaming?