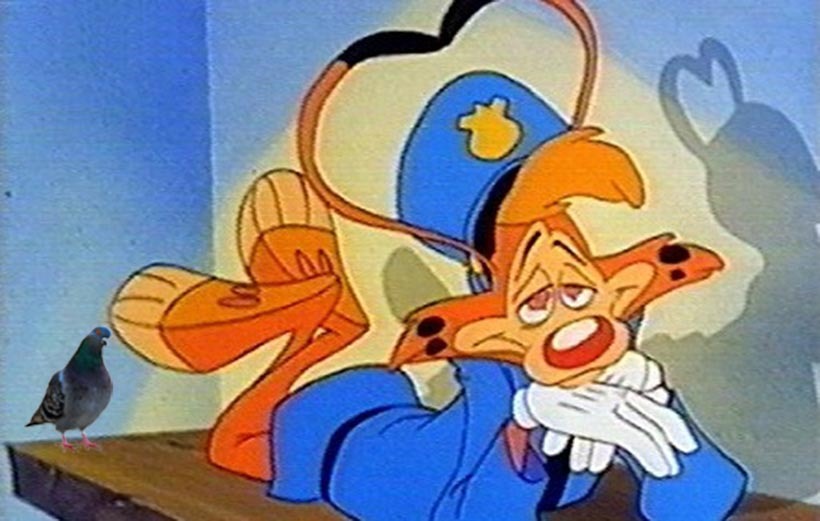 I don’t know about you guys, but I’ve kind of got a thing for birds. Especially the kind that have been fried and dipped in several secret spices and herbs which will most likely give me some kind of squirty-bum poisoning the morning after.

While judging people is bad, at least that romance was kept on the digital side, thanks to games such as Hatoful Boyfriend, which allowed the sickos to made their god sad as they proceeded to date pigeons. And naturally, the game is getting a sequel by the name of Hatoful Boyfriend: Holiday Star.

A sequel with weirder, bonkers tones, according to producer Luke Borett in a Game Reactor interview:

This game is a culmination of side stories, says Borrett. Catching up with the characters we know and love from the original and I think it’s a good jumping on point for people who aren’t familiar with the original cause it’s just so bonkers. It really leans into the craziness.

The first one was very straight faced, it played around with the anime tropes and clichés. But it was doing so with a straight face sort of snicker at the fact that look they’re pictures of birds.

Whereas here we’re going more into the full on comedy aspects. It’s holiday themed as the first episode is the Christmas Thieves with two hybrid bird lab experiment creatures obsessed with Christmas and stealing it.

Now if you’ll excuse me, I’ve got a date with a real bird. A box of KFC Dunked Zinger wings that is.