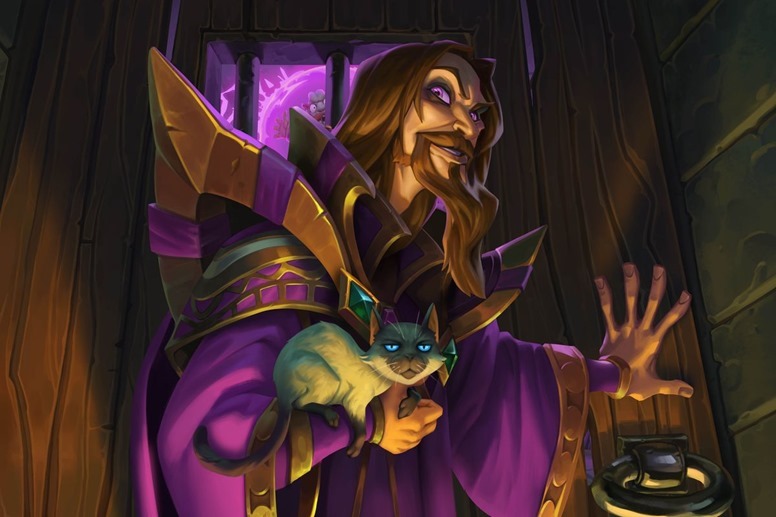 Ah, the days of my university experience. What a wonderful, carefree time spent studying, playing Dungeons & Dragons and sitting for hours in sunny patches of grass around campus. A time that was only six months ago for me actually, yet feels like a different life entirely that has no doubt created some kind of cognitive dissonance that I should probably talk to someone about. Still, there’s nothing quite like a good university experience. Or expansion, in the case of Hearthstone. It’s that time of year folks: Time for Hearthstone to role out one of it’s three yearly expansions and Scholomance Academy looks to be bringing some cool new toys for show and tell.

The big addition to Blizzard’s collectible card game this year are dual-class cards, minions and spells that can be used by two separate classes. Hearthstone’s 10 classes all have unique cards only usable by them with a load of neutral cards which can be used by anyone. Dual-class cards take the middle path, as players are able to slot them into two specific classes rather than being restricted to a single hero. Out of the 135 cards being added with Scholomance Academy, apparently a third of them will be dual-class. 40 dual-class cards with 10 unique class pairings, including Hunter/Druid, Mage/Shaman and Druid/Shaman, were shown off by Blizzard. Ten legendary Professor cards will also be added which supposedly represent the different pairings.

A new keyword, Spellburst, is coming to the game via Scholomance Academy. Triggered by playing a spell the same turn a minion with the Spellburst keyword is played, unique interactions can be triggered. It doesn’t really seem like an altogether unique or ground-breaking mechanic but it’s neat nonetheless. Its been a while since I checked in with Hearthstone but Blizzard has been doing some weird and wonderful things to the game, including adding the first new class, Demon Hunter, since the game launched in 2014. Maybe it’s time to sink back into my dirty old habits.