Home Gaming Hellraid has been put on hold 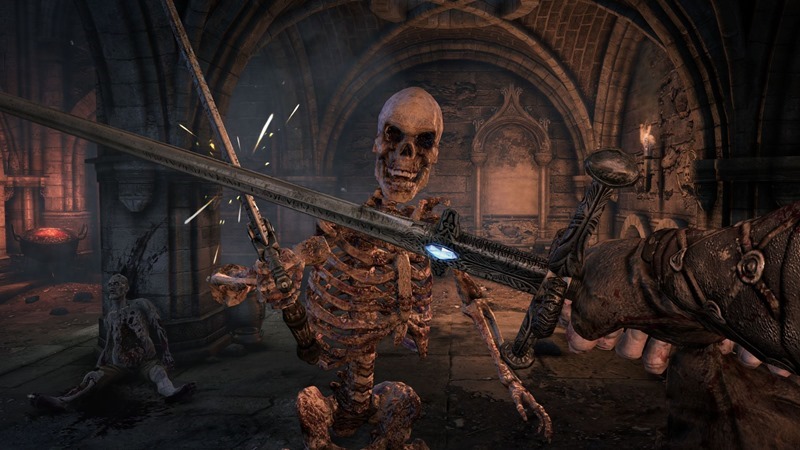 Yes sir, it looks like Hellraid won’t be seeing the light of day anytime soon. Techland’s dark fantasy first-person slasher was announced back in 2013, with a four-player co-op mode that would feature players adventuring into dungeons that were randomly generated with different enemies, treasures and paths every single time the game was booted up. But according to a notice on the official Hellraid website, the game has gone back to the drawing board and is now on hiatus:

We would like to officially announce that our dark fantasy FPP game Hellraid will not be released this year as previously planned, and the development of the game has been put on hold.

In the recent months we conducted an internal analysis and came to the conclusion that Hellraid, in its current shape and form, is not meeting our own expectations for this project. Therefore, we decided the best course of action would be to send it back to the drawing board and invent our dark fantasy title anew.

In the meantime, we will consolidate our development resources and focus on further expansion of our Dying Light franchise.

We wish to thank all our fans for your support – you’re the best!

It genuinely is for the best. Hellraid had a solid premise, and it looked more than capable of delivering on its promises. But at the same time, it was somewhat bland in its old school execution of dungeon-raiding. That spark just wasn’t there. And hopefully it can be rediscovered when Techland figures out what to do with this game.