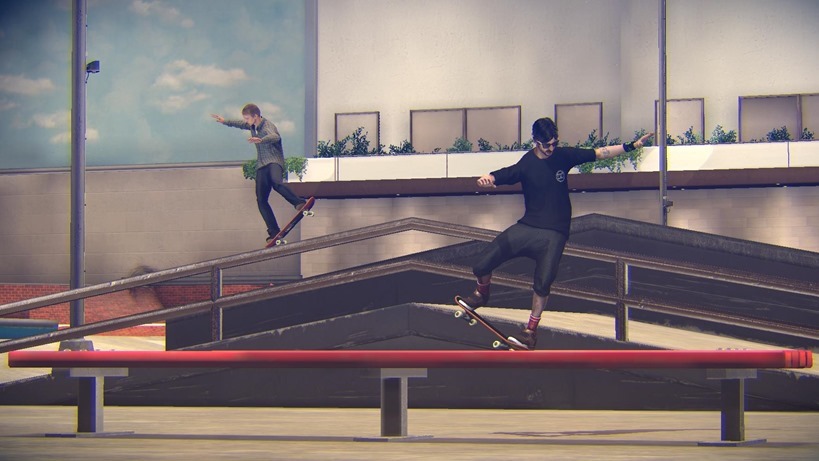 Tony Hawk Pro Skater 5 may not be the prettiest kid on the block (okay, it has a face for radio), but it’s still the kind of game that I’ve got a good feeling about. After all, you don’t need decent visuals to have some good fun. Just look at the Steam marketplace and all those popular “homages” to retro gaming, to get an idea.

While the upcoming Pro Skater revival may not be winning any graphics contests, it will have some other aces up its sleeves. Namely an enhanced online component and the chance to wear Sackboy’s freshly decapitated head in the game if you’re jamming on PlayStation 3 or 4. Here’s a fresh look at some gnarly gameplay:

Developer Robomodo also revealed that all online game sessions will be hosted on dedicated servers. As we’ve previously mentioned, Tony Hawk Pro Skater 5 features freestyle skate parks that serve as lobbies for the game. Up to twenty players can hang out and grind away. It’s kind of neat.

Cross-generation compatibility comes at a price however, as only current-gen versions of the game will support online play. Xbox 360 and PlayStation 3 fans, you’re crap out of luck on this one. 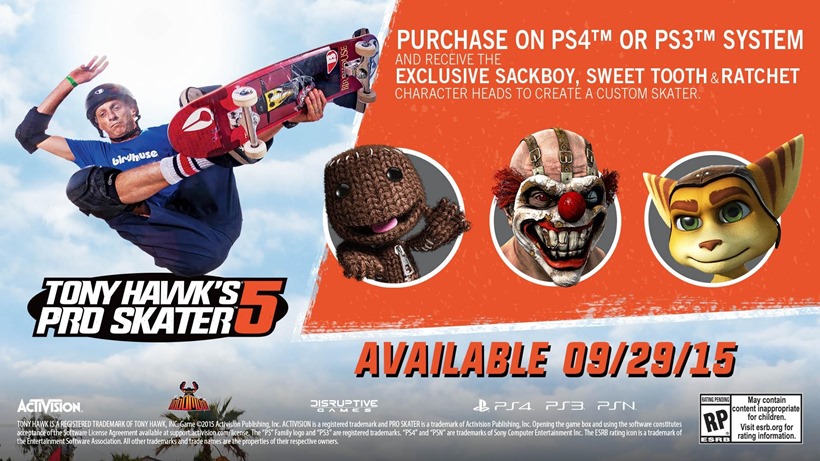 “The sessions themselves are hosted by dedicated servers, so you can drop in and out of populated Freeskate sessions at any time,2 Robomodo president Josh Tsui said.

When you are ready, you can jump into a mission with your party or challenge the entire park in one of the competitive multiplayer modes. This is done from the Sessions menu, a multipurpose tool for queuing up missions or modes, managing your party, and checking to see who’s in the park.

When your mission or match is finished, you can either retry/rematch or seamlessly jump back into the Freeskate where you can hang out while deciding what to do next.

This means that Tony Hawk’s Pro Skater 5 is designed to get you online quickly and easily. As a reminder: the online features are only in the PS4 version. The PS3 version has no online play (this is why the price is $20 less). 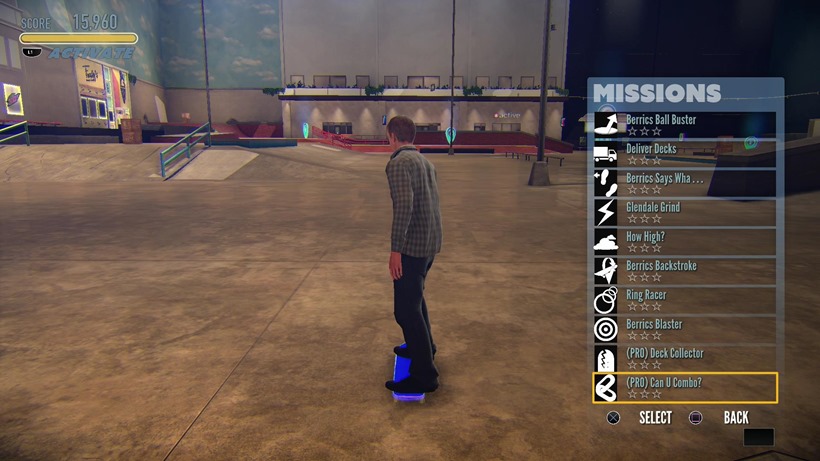 I’m also not too positive about the game working too well locally online then, as pulling off ollies and Benihanas requires some precision timing that our ludicrous latency will most likely struggle with. Watch me pop a 1080 Ping then. 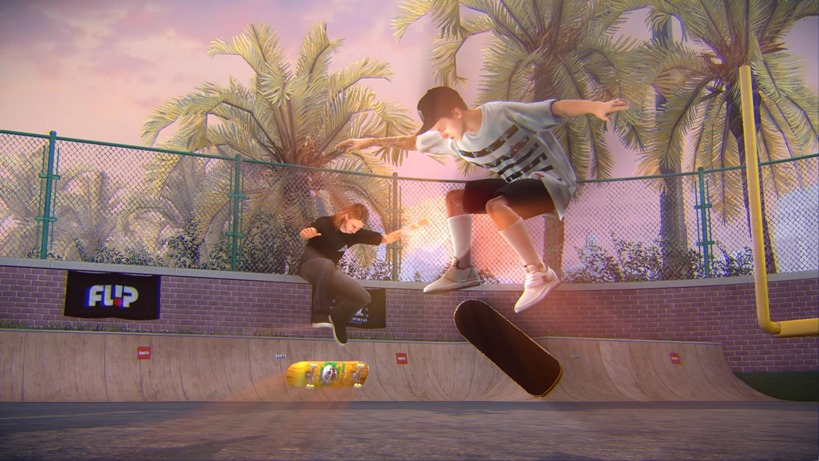 Still! I had a blast with the vanilla single-player level that I got to try out, which felt instantly familiar to me. All it needed was some Papa Roach music blaring in the background, and I’d have been properly transported back into my hideous early-2000s chrysalis form that regularly enjoyed playing the original games.