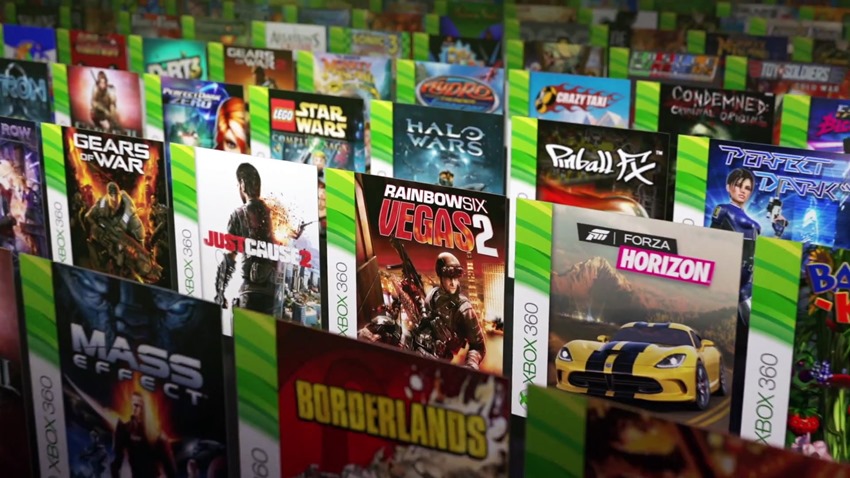 Xbox Series X: True 8K gaming, hardware accelerated sound and plenty of next-gen all packed into one attractive boom box of a console. Hot damn I am going to play the heck out of some old games on that beast of a machine! Yesterday saw Microsoft drop some new details on their upcoming console, revealing how it’ll be using a dozen flops of terror to make games look really good and all kinds of other hardware stuff that are above my mental pay grade.

While the Xbox Series X will definitely have plenty of next-gen grunt, Microsoft also wants this console to be able to reach into the past and create a bridge between different eras of gaming. Backwards compatibility is a key selling point, one that the Xbox Series X will be capable of with four generations of Xbox games…to a point that is. “Our commitment to compatibility means existing Xbox One games, including backward-compatible Xbox 360 and original Xbox games, look and play better than ever before,” Xboss Phil Spencer wrote on the Xbox Wire.

Your favourite games, including titles in Xbox Game Pass, benefit from steadier frame rates, faster load times and improved resolution and visual fidelity – all with no developer work required. Your Xbox One gaming accessories also come forward with you.

So there you go. It’s not every Xbox game under the sun that’ll be making the next-gen leap, but rather those games which have been added to Xbox Backwards Compatibility over the years. First announced way back at E3 2015, the current list of games is a chunky one, albeit one that was pretty much finalised with in June 2019 with one last massive dump of classic Xbox 360 titles.

The current library ain’t too bad now though! From a list of 2088 games that were released on the Xbox 360, 575 of them are available for a download at any given time, while a further 41 OG Xbox games are also on that list. Microsoft also detailed how much of the Xbox One library will be available on the Xbox Series X come launch day: All of it, thanks to Smart Delivery technology. “This technology empowers you to buy a game once and know that – whether you are playing it on Xbox One or Xbox Series X – you are getting the right version of that game on whatever Xbox you’re  playing on,” Spencer explained.

We’re making the commitment to use Smart Delivery on all our exclusive Xbox Game Studios titles, including Halo Infinite, ensuring you only have to purchase a title once in order to play the best available version for whichever Xbox console they choose to play on. This technology is available for all developers and publishers, and they can choose to use it for titles that will be release on Xbox One first and come to the Xbox Series X later.

I’m just happy to know that I’ll be playing Metal Gear Rising: Revengeance on a third machine from next year.