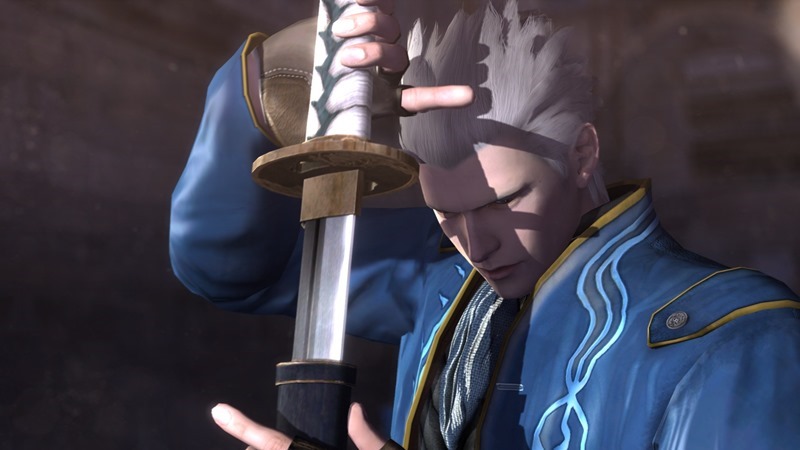 I NEED MORE BONUS CHARACTERS! Devil May Cry 4: Special Edition is going to be a hard sell for Capcom. As good as the game is, it’s also a bit long in the tooth. It’s one of the very first big games to have hit the Xbox 360 and PlayStation 3 era when it was in its infancy, and its visuals have long since been overclocked to hell and back by the PC crowd. So it’s going to need something more than just extra frames per second. Like extra playable characters, which people like myself will easily pay plenty for. Look, she’s got a new hat!

Trish is designed to be a beginner-friendly character in Devil May Cr 4: Special Edition. Unlike the others, her arsenal of weapons don’t need to be switched out, as her combos incorporate a variety of attacks and moves. Using the awakened sword of Sparda as a base, Trish can then chain attacks into melee finishers and the Pandora case varieties, as well as trap enemies in electro-webs. Sounds neat, and looks cool in her gameplay overview video:

Vergil is described as a combination of his Devil May 3 Special Edition and DmC: Devil May Cry forms. He’s got all the usual tricks up his sleeve: The Yamato sword, spectral blades, Rebellion sword attacks and the Beowulf gauntlets. The big hook with Vergil of course, is that his attacks emphasise economy over reckless and wild abandon. Allow enemies to get up close, minimise movement and strike accurately, and you’ll up his Concentration bar to unleash more powerful attacks. Here’s what he looks like in action:

Devil May Cry 4: Special Edition is coming to PC, PS4 and Xbox One later this year, in time for a USA summer.

Random Darryn Note: The original header image for this article was going to be a screenshot of Dr. Paddaman from Panic Mechanic, shouting “Gloooooooooooooriaaaaaaaaaa”. I figured only tens of people would get it, and shelved the idea at 06:20 AM.