I may be an unabashed fan of the popcorn entertainment that the first weekend of a new Call of Duty game provides, but what happens after? I’m far too terrible to enjoy the multiplayer, especially when a screeching prepubescent tween keeps on enquiring about my mom on the other end.

Which is why I usually find myself hitting the third extra mode of a Call of Duty game. And out of all the studios that develop COD games, Treyarch nailed that extra mode, with some undead shuffling.

Zombies are of course back in Call of Duty Black Ops 3, as the recently deceased make for perfect cannon fodder. 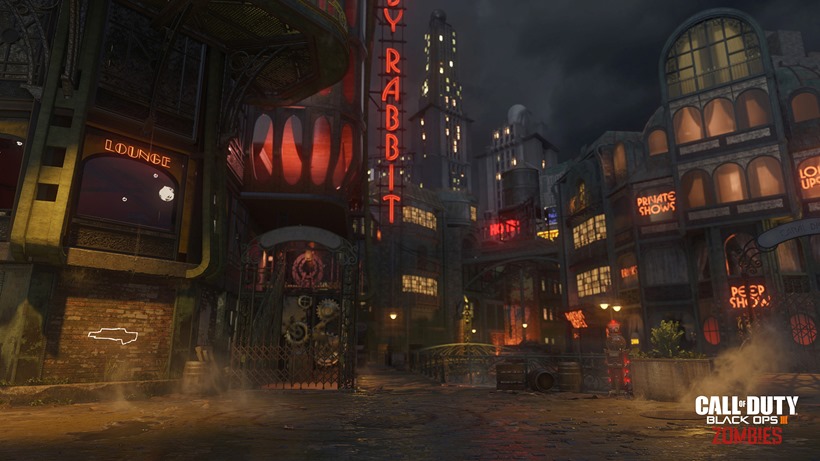 According to Treyarch, the Call of Duty Black Ops 3 Zombies mode will feature the new cooperative multiplayer mode Shadows of Evil, a “gritty 1940s film-noir narrative” with weapons that match the time period. And a few other extraordinary weapons, as well.

It’s pretty much the closest that we’ll get to playing a World War Two Call of Duty game for quite a while then, I reckon. The development team has packed Shadows of Evil with more gameplay and fun than any other experience before it, and has an appropriately twisted and deep narrative, performed by fantastic acting talent, that will keep our fans spinning. 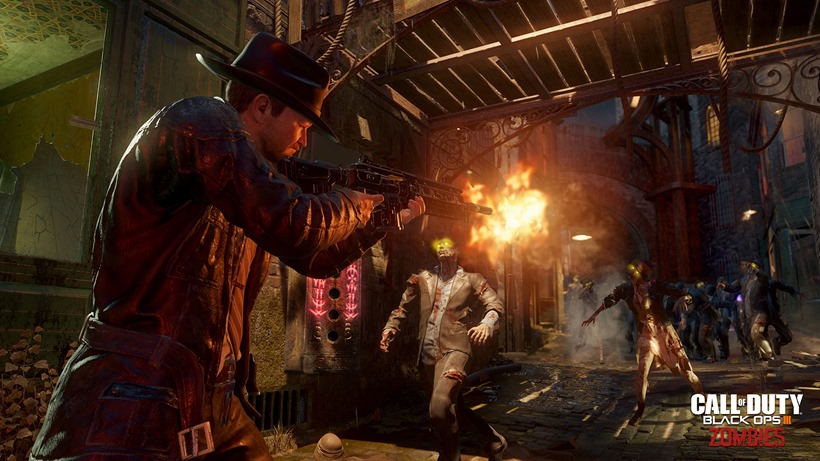 Much like the other Zombie modes, Shadows of Evil has tapped some Hollywood talent and likenesses. Jeff Goldbum, Heather Graham, Neil McDonough, Ron Perlman will all be lending their voices and looks to the mode, with Robert Picardo appearing as the “Shadow Man”.

That elusive figure will be responsible for the events that unfold, as players assume the role of one of four unwitting characters: The Magician, The Femme-Fatale, The Cop, and The Boxer.

Zombie veterans will also get the chance to relive some of the classic undead map action, as Der Riese getting a remake for Black Ops 3. 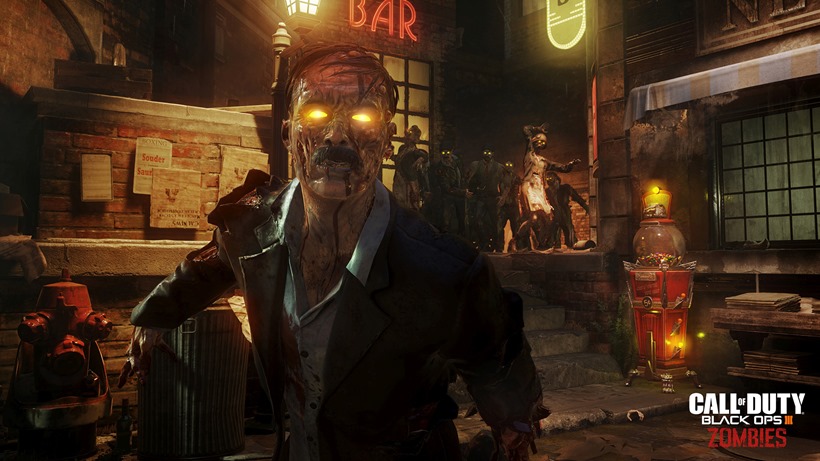 As I’ve said, I’m a big fan of zombie mode in Call of Duty. I’ve played just about all of them, and have had some delirious fun with the various expansions. They’re also pants-crappingly tight and difficult if you don’t have some proper teammates backing you up.

That, and I kind of use my squad as disposable meat shields while I wait for the magic chest to give me that heavy machine gun that I’m after. You can’t trust the Walking D.