Fifteen minutes. What can you do in a quarter of an hour? Make a cup of tea? Catch up on your emails or organise your sock drawer into a more ordered existence? How about using that time to bump off a trio of criminals who ran afoul of the most dangerous syndicate around and have managed to land themselves in a situation that can only be rectified with a bullet to the head?

If you happen to be a master at disguise, death and making every kill look like a complete accident, then that’s a period of time that could be well-spent learning the ins and outs of Hitman’s latest murderous puzzle box. Like everything else in Hitman, Sniper Challenge is a loot box that rewards the patient and the creative. 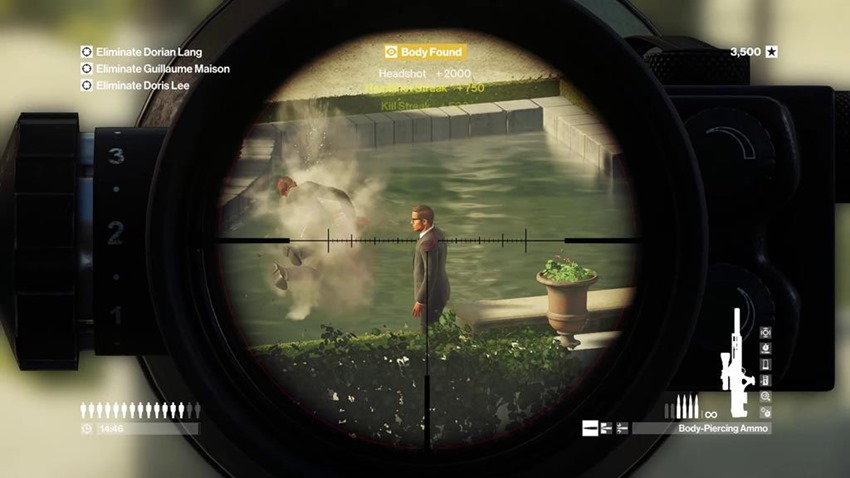 It’s an intricate sandbox that you can only interact with one high-velocity bullet at a time, and it is glorious. Think of other sniping games, that give you freedom of movement and a legion of enemies to plow through. Sniper: Ghost Warrior tried to go for broke with an open-world that failed to hit any targets last year, while Sniper Elite prides itself on the most gratuitously gory physics allowed on the screen every time a bullet rips through the genitals of a Nazi.

How does Hitman: Sniper Challenge compete with that? By keeping Agent 47 as a static figure in a world where every target has an actual life. There’s a script in Hitman: Sniper Challenge, that players have to learn by heart if they want to succeed. It’s a game of memorisation, but knowing every single facet of the clockwork box in front of you and precisely timing every shot fired makes for a far more engaging experience than you’d imagine.

It also provides an incredible layer of freedom, as players can choose to turn the wedding reception in front of them into a charnel house of carnage that would fit straight into Game of Thrones, or they can play the level with the guile and cunning that Agent 47 has become infamous for specialising in. Why kill off a bodyguard in broad daylight that kickstarts an evacuation, when you could catch them at the right time and use the terminal velocity of your bullet to hide them in a shrubbery? 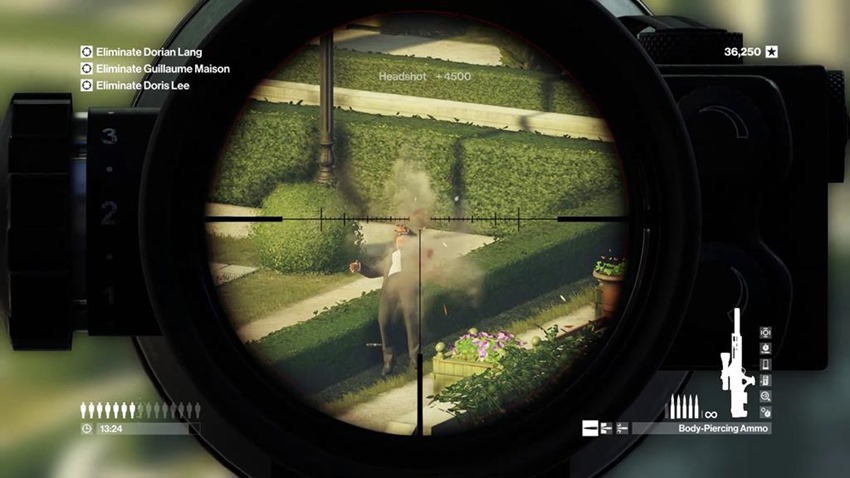 It’s small touches like that, which makes Hitman: Sniper Challenge such a gem. That timing of the perfect killshot, factoring in distance, velocity and choosing the right bullet for the right job…it’s everything I love about Hitman boiled down to a tight 15-minute window of opportunity that happens to be massively rewarding with every single attempt at earning an even higher score. 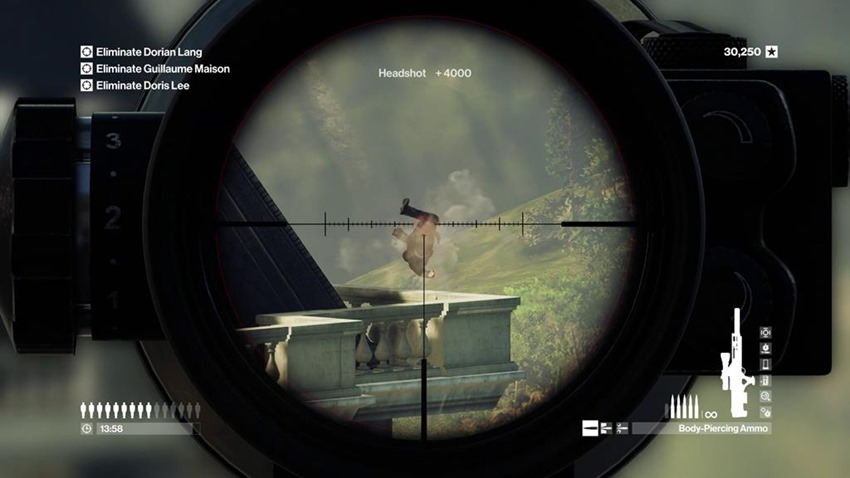 The fact that Hitman: Sniper Challenge is available as a co-op experience as well, is just icing on the cake that requires near-perfect co-ordination to pull off properly as hidden stories are uncovered and moments of glory are unlocked. If you’ve been looking for more Hitman content before the sequel arrives this November, then Hitman: Sniper Challenge is a perfect reminder of just how damn good IO Interactive is at crafting some of the best assassination anarchy in gaming today.