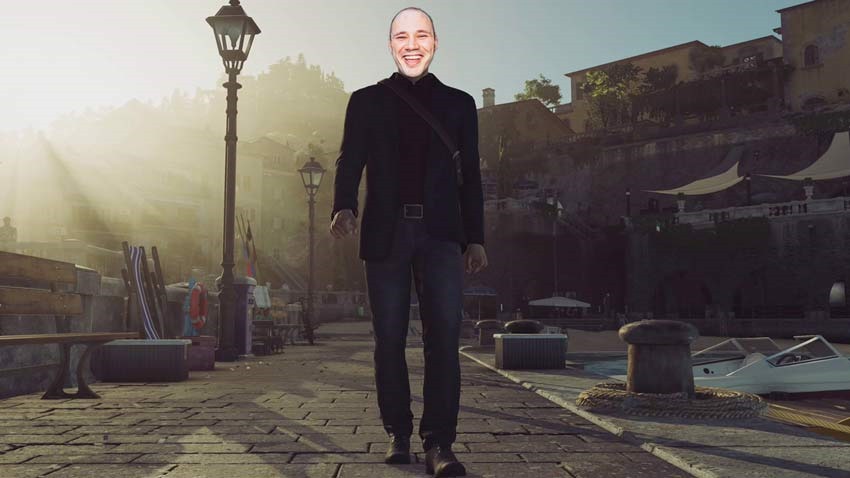 Video game levels don’t get enough love. These are the arenas wherein players ply their trade, usually blitzing past all manner of small details as they murder their way to victory. A shame really, because the people who craft these stages deserve the highest of fives for their work. In Hitman, you could say that the various levels within which Agent 47 infiltrates and plots the demise of many a target, are more than just set dressing.

They’re characters in and of themselves, arenas that function as living puzzle boxes that react to your every move. It’s an intricate series of clockwork machinations that tick tock perfectly to the beat of your piano wire being wrapped around the neck of a hapless victim. Now, developer IO Interactive is releasing the finest level of the 2016 return of Hitman for free. You better hurry though, as you won’t have long to claim it.

As part of the Spring Pack free download, players can nab the Sapienza stage for free. Here’s the description straight from IO Interactive:

The HITMAN Spring Pack is a completely FREE download for anyone on PC, PS4 or Xbox One and includes the entire Sapienza location (Episode 2). You’ll get the main story mission, ‘World of Tomorrow’, 20 levels of Mastery (including weapon and item unlocks), more than 100 challenges, 7 achievements/trophies and ALL of the Escalation Contracts, Challenge Packs and Featured Contracts that we’ve released for Sapienza. On top of all that, any Elusive Targets that are re-activated in Sapienza will also be playable through the Spring Pack.

I cannot stress enough just how fantastic this single level is. It’s massive, gorgeous and it hides so so many ways within which to snuff your targets out. From sneaking into a mansion and using superstition to deadly effect through to a romantic rendevous that provides a poisoned chalice from which another mark drinks from, Sapienza is a masterpiece.

Compared to the hustle and bustle of the Paris level that Hitman reintroduced itself to the world with, Sapienza is a a sprawling monument to freedom and creativity. You’ve got until April 3 to grab the Spring pack, which gives you so much for nothing more than the bandwidth required to download it.