Home Gaming Homefront: The Revolution is too epic for old-gen consoles 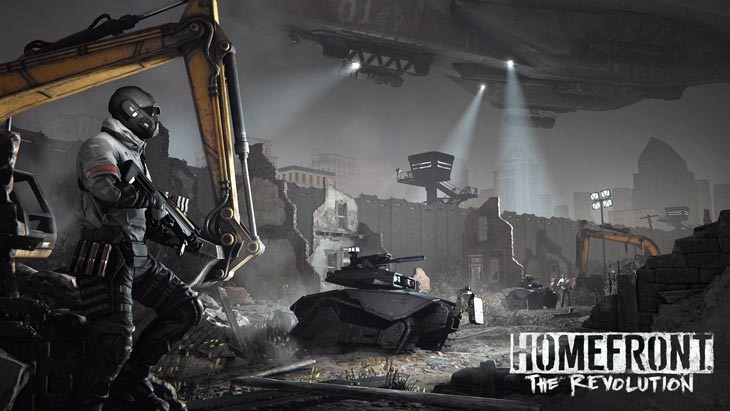 I’m still not exactly certain what to think about Homefront: The Revolution. On one hand, you’ve got Crytek making a sequel that will most likely look fantastic. On the other hand, how the hell do you sell a game like a Homefront sequel that no one asked for? One thing is for certain though: The shift to PC and new-gen platforms only will benefit the graphical side of this game.

“We’re still early in the life cycle but how I see it is for us we wanted to try and put it on the platforms that we felt could deliver the best experience,” game designer Fasahat Salim said to Metro about the focus on the new console generation.

And the amount of stuff going on in this game, the scale at which it’s happening with all of the different systems running behind the scenes, all of these things, and to get a steady 30 frames per second as well… it would have been possible on previous consoles but the thing is it would’ve meant a lot more work and a lot more difficulty.

And it would’ve potentially slowed us down from working on the next gen. At Crytek we’ve always tried to get the best out of every platform, but Crysis 2 was our first project on consoles and for us that was a massive learning experience.

Now with the new consoles we’ve reached a level where our CryEngine is capable of easily translating whatever we’ve built onto all of the platforms that it’s ready for and to get the best out of each of them.

It damn well better look pretty if I’m showing off an R800 plus purchase. Homefront: The Revolution rises up next year on PlayStation 4, Xbox One, Linux, Mac and PC. Viva la revolucion!