Home Features How big is the Xbox Series S compared to a kitten? 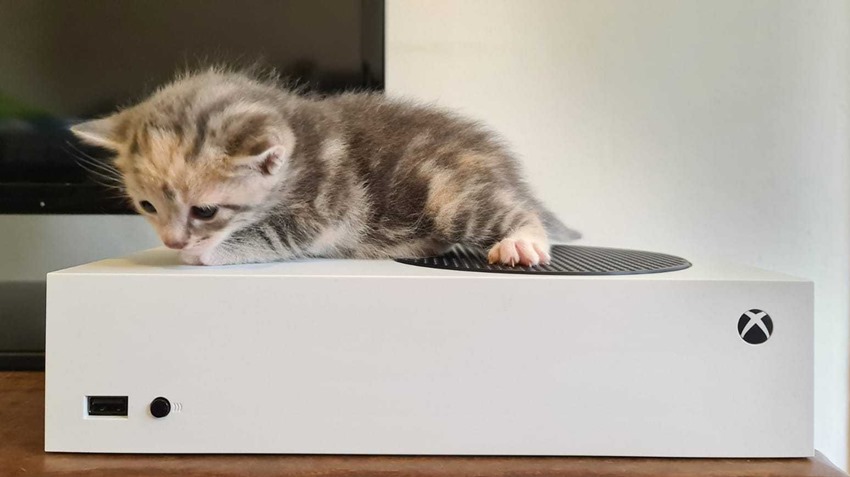 It’s safe to say that if you’re going into next-gen console gaming, you’re going to need some space. Both the PS5 and the Xbox Series X are chunky fellas, but right in the middle there’s the Xbox Series S. It may not have the pure processing power that its big brother can provide, but it does provide the same quality of life improvements experience!

At this point, you might be asking yourself: How big is it? We’ve decided to do some measuring, but unlike other websites that use nonsense such as 23 footballs in a warehouse container or the dastardly European metric system, we’re going with something far more practical: Kittens. Thanks to Marce Bester and Brad, we now have indisputable proof that the Xbox Series S is bigger than a kitten. Definitely bigger than two kittens but not bigger than three of the little furballs. But not as cute either. Sorry Microsoft, nature still has the cuteness contest in the bag. 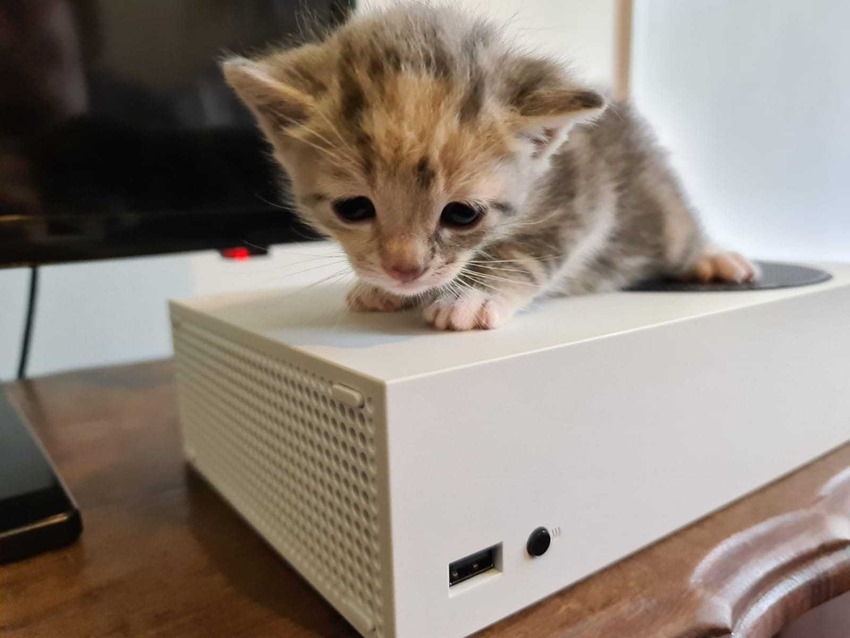 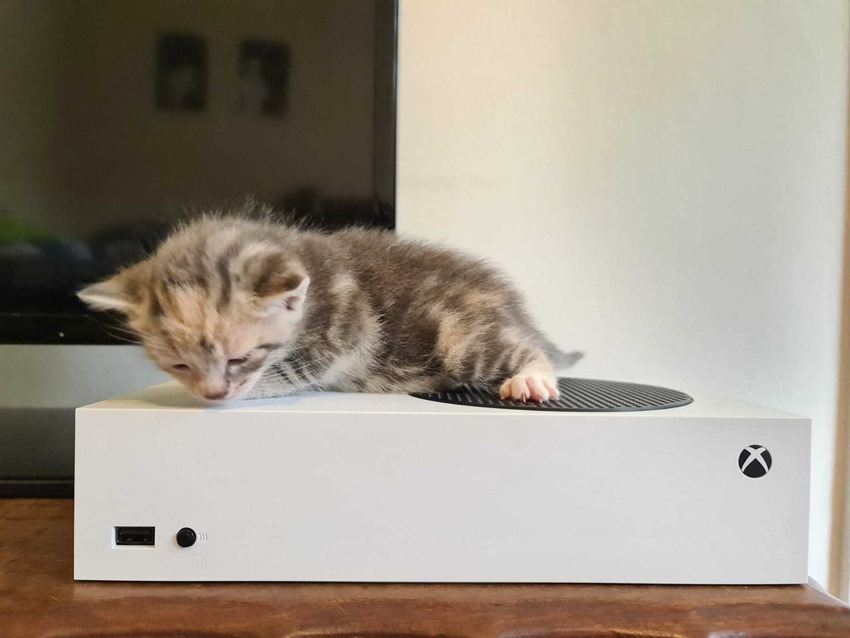 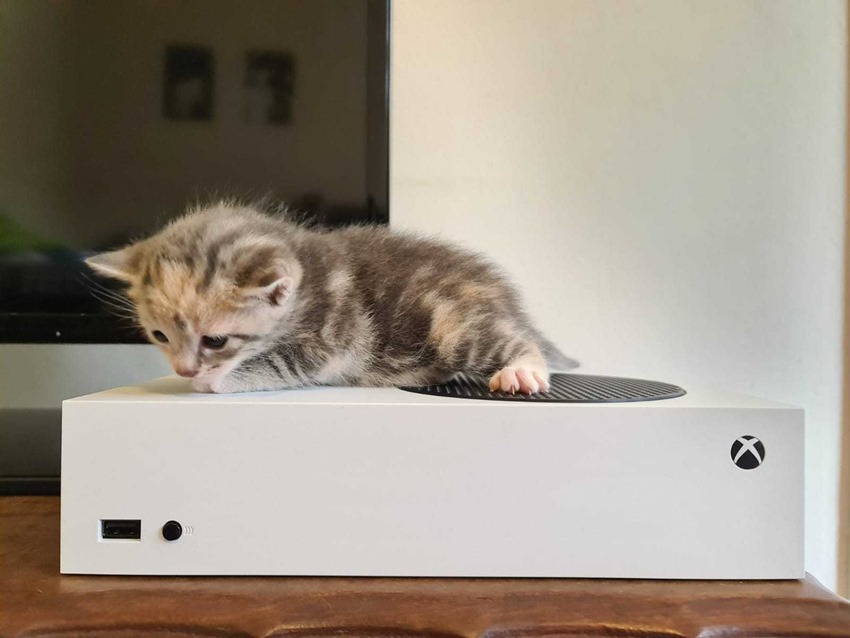 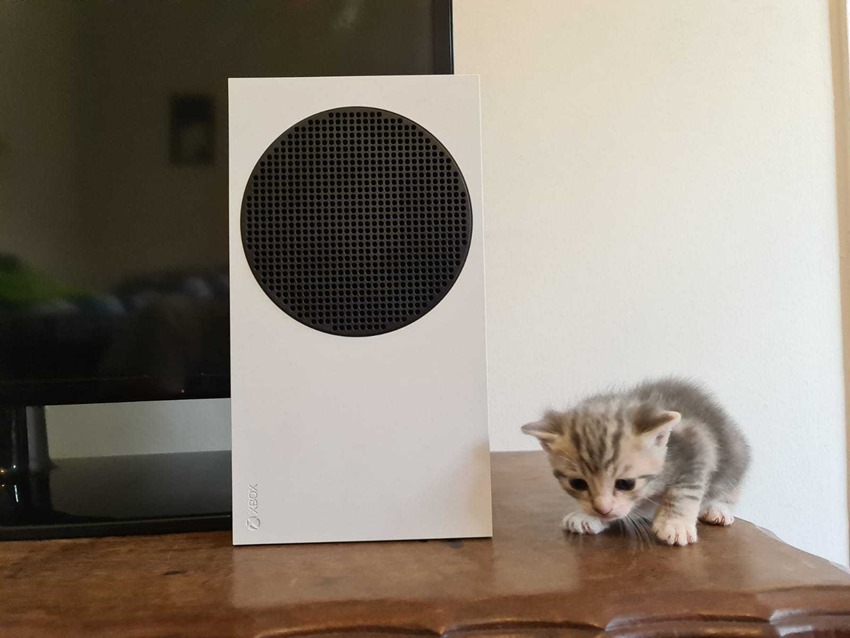 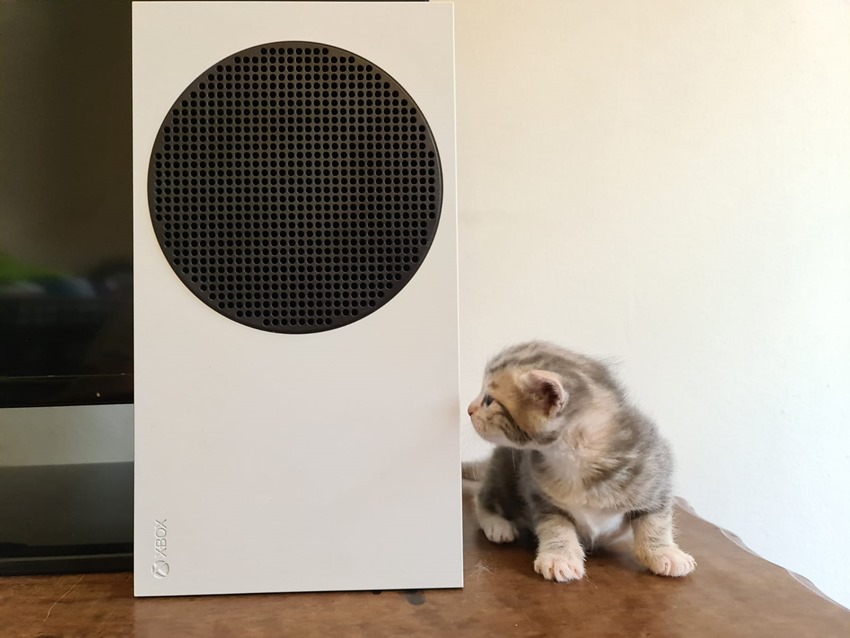 I don’t know what our adorable models name are as they’re off to a forever home soon, but I shall call the little fella…Masterchief I think and his sibling Cortana. Yeah that works. Tune in next week, when we see how big the PlayStation 5 is when compared to a litter of puppies.