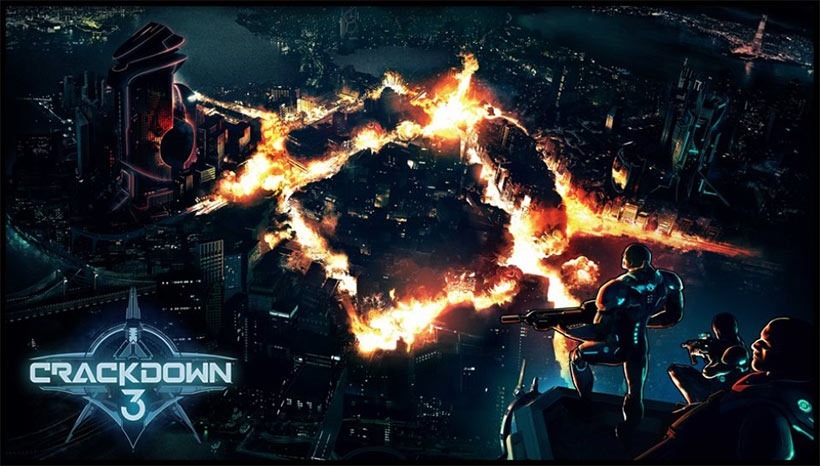 Crackdown 3 is coming. It looks magnificent, and seems to be the first game on the Xbox One that utilises cloud-based compute beyond silly ghost stuff like the awkwardly-named Driveatars. Over a year ago, Microsoft demoed how its magical cloud would work to deliver physics rendering, and we all scoffed. Scoffed!

At the same time, we all secretly hoped that the demo would form the basis of a brand new Crackdown featuring wholly destructible environments. Not long after that, we wondered if Microsoft’s partnership with Cloudgine – a company owned by one of the founders of DMA design- later Rockstar North. He later went on to be director of Realtime Worlds – the company behind the first Crackdown.

It all came together yesterday, when Jones took the stage at Gamescom to show off Crackdown 3, promising that the game would utilise the cloud to deliver physics far beyond what a single Xbox One could deliver. Here though, is a better, bigger look at all of that sweet, sweet physics. It’s a ten-minute look at the game’s pre-alpha, showing the sort of physical destruction you and a group of friends will be able to engage in.

According to Jones, you’ll be able to harness the physics processing of up to eleven Xbox Ones for city-wide destruction and mayhem. Of course, there are questions about how well this sort of stuff will work if the game’s offline, or if it’ll even work from within South Africa, where we’re rather far from the nearest Microsoft cloud, or Azure datacentre.

These are questions our roving Gamescom reporters will hopefully get answers to – or they may as well not come back. It’s coming to the Xbox one next year.