Home Gaming How did Team Rize do at the COD Championships? 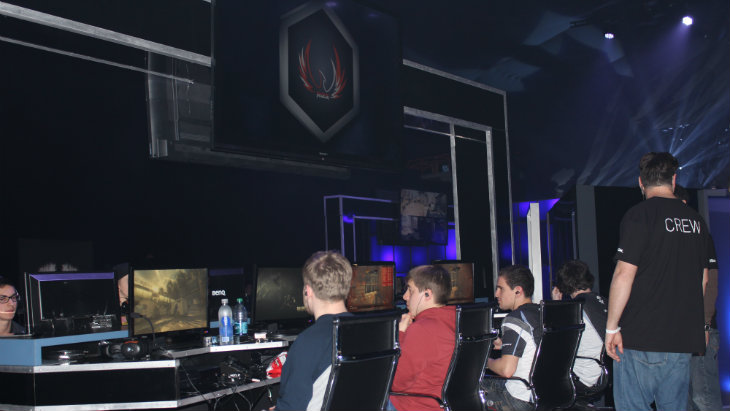 It was an exciting day at LA Live on Friday as the group stage got underway. Team Rize, the UK-player-filled South African team was placed in a difficult group – facing up against tournament favourites Strictly Business as well as French Vitality Returns. In the darkened venue, lit up by rotating spots ala sports arenas, the top 32 CoD teams prepared to face off.

So how did Team Rize stack up in Group A?

The first match up of the day for Team Rize was against Sublime, the Italian team. In the first match, Domination Strikezone, Team Rize dominated. This is despite lobby issues and confusion that meant one team member wasn’t in the game at the start. In fact, during this first pairing, both teams gave the ref the thumbs up sign, only to later complain that they weren’t ready, weren’t in game, or had the wrong load outs. Hard to tell if these were just excuses or legitimate issues. Realistically, it was their own faults – you don’t give the thumbs up if you’re having technical issues.

In domination, Team Rize managed 82-72, 85-69 victories, taking the first point against Sublime. Next up was Search and Destory on Sovereign. Here, communication and team work seemed to fall apart as Rize was demolished, losing 6-1. The Blitz match took place on the Freight map, where Team Rize took an early lead. Thanks to excellent team work and some fantastic plays, they took the match 24-17.

This meant Team Rize was 2-1 going into the second domination match. Once again they showed their strength in domination, but not to the same degree. They also showed their innumeracy as they declared their win after the 80-77, 74-77 games – they even shook hands with the Italian team, insisting to the referee they’d won before running off in perceived victory (when in fact it was a draw).

Upon their return, Rize seemed to have lost focus, unable to show that same teamwork and coordination. They lost the domination match 86-66, 78-74, bringing the two teams to a 2-2 match draw. Finally, a deciding head to head clash: Search and Destroy Warhawk. There, Team Rize managed a clean sweep, taking the map 6-0. This meant the South African team beat the Italians 3-2.

Without any time for a break, it was time for the match up against Strictly Business. Having swept the US champs, it was clear that Strictly Business were primed to show Team Rize a whole new level of CoD. That is exactly what happened – Strictly Business wiped the floor with Rize, winning the Domination Strikezone match 93-62, 94-51. Don’t let the closeness of the scores deceive you – there was no contest as the American team dominated the team representing South Africa.

Going into Search and Destroy, Team Rize gave a strong showing, before succumbing to Strictly Business 4-6. This left just Blitz to see if Strictly Busienss would sweep Team Rize. Warhawk was the battleground, and again there was absolutely no contest as Strictly Business destroyed Team Rize 23-2. Unlike the whiny end of the match up against Sublime, Team Rize and Strictly Business showed excellent sportsmanship – not just shaking hands but also chatting about the match with Team Rize getting some invaluable advice from the American champs.

This left a nice afternoon gap for Rize before they had to take on the French team, Vitality Returns. While the French team was strong, there was still hope that a strong performance from Team Rize could see them through the group stage. Unfortunately, it was not to be.

At this point, there was an inorganic break – the shoutcasters disappeared and the players had to wait for their return before they could play their match. Here, it became obvious just how disjointed Team Rize was. Rather than taking the time to strategize, or even just joke and keep spirits or focus up, they sat sullenly in their seats, waiting for the lobby to reopen. Eventually it was time for the next match, the last chance for Team Rize to redeem themselves and fight for their spot in the top 16. But it was not to be.

Blitz Freight was clearly in Victory Returns’ court the whole time as they simply dominated over the less focused or coordinated Team Rize. With a final score of 24-14, Team Rize was knocked out of the running, or the chance to win their share of $1 million.